On Tuesday, February 19, the Storm King School girls varsity basketball team headed into the Hudson Valley Athletic League (HVAL) playoff tournament playing their best basketball of the season. With SKS hosting Marvelwood in the quarterfinal game, the Cougars came out in a very aggressive, full-court defense that Marvelwood struggled to handle. With their characteristic hustle, seniors Shania Roerich, Coco Chen, Maya Nazarkasimova and juniors Sam McCullough and Naunet Leonhardes-Barboza caused many turnovers, frustrating Marvelwood’s attempts to get back into the game. Solid rebounding and defense by their fellow seniors Maria Fedosenkova, Cat Zheng, Tiana Vasquez, Savannah Buon, Ashley Cabrera, Peiyu Wang, and junior Linyin Wang allowed Storm King to keep control of the game. In the end, balanced scoring, hard play, good sportsmanship, an enthusiastic home crowd, and strong leadership by Captains Shania and Cat ensured Storm King’s victory, 40-23,  in the final home game for the team’s 10 seniors. With their quarterfinal win, the team moves on to play in HVAL’s semifinal round at NYMA today, February 21, at 4:00 pm. 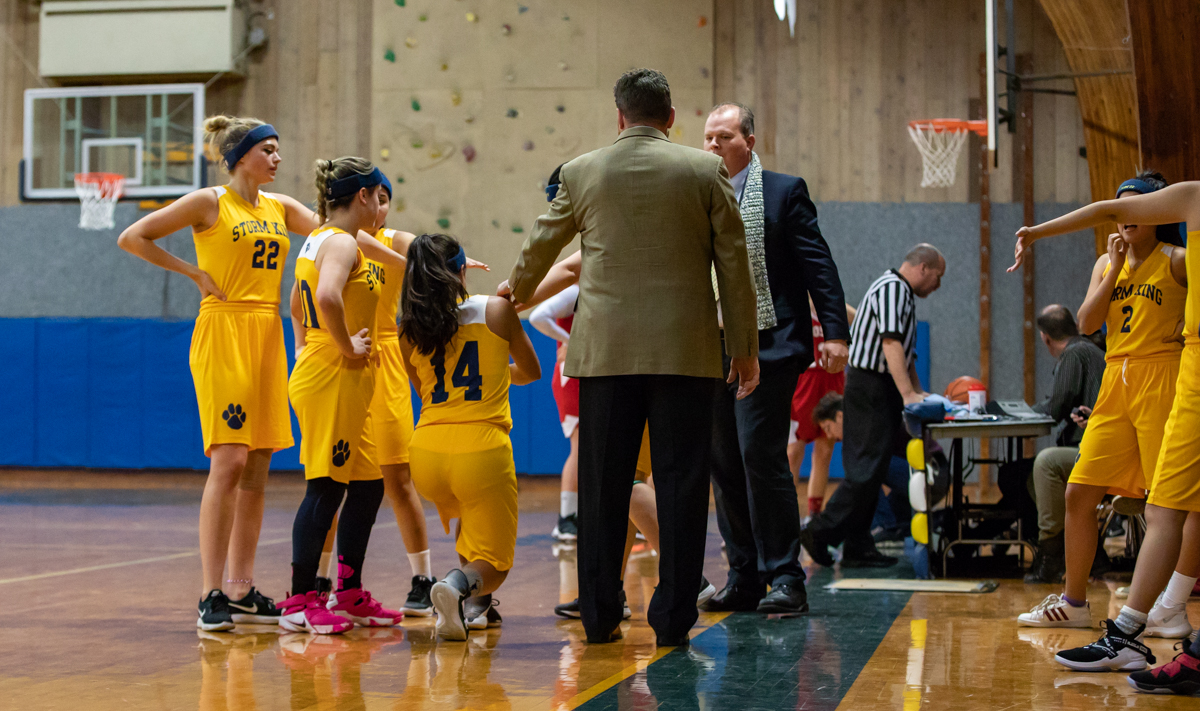 Coaches Michael Hauser and  Kristen Barbosa couldn’t be happier with the team’s strong performance: “We wish to commend the outstanding effort, skill, and teamwork displayed by all the girls this season. In addition, the team’s 10 seniors deserve a special mention. All of them have contributed so much to the team during their years here at Storm King. We would also like to congratulate team co-captain Shania Roehrich for her selection to the New England Preparatory School Athletic Council (NEPSAC) All-Star Team for Girls Basketball. All-Stars are selected by coaches who nominate one or two players after each game.  Shania received an All-Star vote in every game Storm King played this season!  Opposing players and coaches clearly recognized Shania’s extraordinary motivation and hustle and, as a co-captain with Cat Zheng, Shania developed into an outstanding team leader this year.”