The mathematics program at The Storm King School develops the approaches, skills and ideas that will enable students to thrive in a rapidly changing world. Our students learn how to solve mathematical problems through an assortment of strategies, how to communicate their solutions clearly, how to work effectively on projects with their peers, and how to use technology.

After thorough evaluation, students are placed at a level of mathematics that will provide them with appropriate challenges and successes. Many first-year students will begin with Pre-Algebra in the 8th grade and Algebra I in 9th grade, before moving on to Algebra II. Geometry must be completed prior to taking any more advanced math classes, such as Precalculus or Calculus.

Pre-algebra is an 8th grade math option for students who need to review basic math fundamentals in order to succeed in the high school math subjects of algebra, geometry, and calculus. The textbook, from AGS Publishing titled Pre-Algebra, has 12 chapters and the material covered includes:

Algebra 1 is the foundational high school mathematics course. It is the connection between the concrete to the abstract study of mathematics. Topics include simplifying expressions, evaluating and solving equations and inequalities, and graphing linear and quadratic functions, relations, and equations. Real world applications are presented within the course content.

This course includes an in-depth analysis of plane, solid, and coordinate geometry as they relate to diverse mathematical concepts. Topics include logic and proof, parallel lines, polygons, perimeter and area analysis, similarity and congruence, and applications to real life situations. Emphasis will be placed on developing critical thinking skills as they relate to logical reasoning and argument. Students will be required to use different types of reasoning and explanation to discover much of the course content. Additionally, students will be required to construct project material outside of the classroom. The nature of the course is designed to expand the students’ ability in explaining the steps they took to solve a problem.

Basic mathematical skills and the logical approach they teach are essential to a student’s ability to interpret data and gain predictive and generalized meaning from raw observation. Mastery of these basic skills will give the student the confidence and desire to investigate the world of higher math. Students will expand skills learned in Algebra and will study higher-level skills such as rational expressions, radical equations, imaginary numbers, solving quadratics, transforming functions, and conic sections. Algebra 2 is the prerequisite to Precalculus.

Topics in Precalculus include advanced subjects in algebra, geometry, trigonometry, and other areas of mathematics. In addition to forming the foundation for the study of calculus, the topics covered in this class have wide-ranging applications in science, art, engineering, architecture, navigation, and many other areas. Literally “measuring triangles,” trigonometry builds on foundations of geometry and algebra to form powerful tools of analysis and modeling. Developed independently in several cultures, trigonometry most likely provided tools to astronomers and engineers of the ancient world. Today, its applications range from astrophysics to acoustics, spanning across virtually every field of science and engineering. From exponential to power functions, logistic functions to sinusoids, this course will give students the tools they need to analyze a function in a multiple of ways. We will be using a graphing calculator heavily in this course. Precalculus is the prerequisite for Calculus.

This course is an elective for those who have completed Precalculus and would like to take an additional math class other than Calculus. The course reviews key concepts from Algebra 2 and Precalculus, prepares students for SAT questions if appropriate to the class, and introduces preliminary concepts for Statistics and Calculus.

Precalculus is often thought of as a collection of higher-level mathematical topics between algebra and calculus. However, Precalculus can also be viewed as the course that begins to build the problem solving skills necessary for not only calculus, but for all professionals. Of particular importance in this regard is the use of the “Rule of Four,” which requires the student to use algebraic, numerical, graphical and verbal methods throughout the course and in solving problems in everyday life. The use of a graphing calculator will also play a key role in the course and is required of all students.

Typically a junior or senior level class, regular calculus covers many of the same topics covered on the AP AB Exam, at a different pace. We cover limits and continuity, limit definition of derivative, product, quotient and chain rules, logarithmic differentiation and implicit differentiation. From there we look at typical applications of differentiation such as curve sketching, optimization, related rates and Newton’s Method. For the remainder of the time, we delve into several methods of integration, from basic substitution through parts, partial fractions and trigonometric integrals. The successful completion of this course has a student well-prepared for both AP Calculus and college calculus.

Finite Mathematics is a college level ASP course covering mathematical ideas needed by students of business management, social science, and many science disciplines. The purpose of the class is to give students an idea of the requirements and language of a college level mathematics course and will prepare them for the required mathematics classes the will take as general requirements. The topics include logic, set theory and counting, functions, introduction to probability and statistics, interest and annuities, matrix theory, linear systems, and linear programming.

AP Calculus is a traditional first-year, college level course with performance standards established by the College Board. Since these standards are very demanding for most high school students, the course is designed for those students who have demonstrated excellent mathematical abilities in the classroom through precalculus. As a discipline, calculus is where the student makes the “jump” from the static world to the dynamic world. No longer is the focus on “how much” we have, but on “how fast is it changing.” Are things getting better or worse? Are things getting bigger or smaller? This subtle but profound change in the questions asked by great thinkers resulted in the development of Calculus, one of the most important accomplishments of humanity. This is the course in which the student begins to understand the mathematical tool needed to make the world from the industrial revolution onward possible. The AP Calculus course requires a “B-” or higher in Honors Precalculus. This is a demanding course, and students should expect to have 4-5 hours of homework per week.

Advanced Calculus is one of our most advanced mathematics classes. It covers everything typically covered in the first two semesters of college calculus. It begins with a formal definition of limits and continuity, followed by all derivatives and rules, and applications including optimization, related rates, curve sketching, L’Hopital’s Rule and Newton’s Method. It then turns to integration, covering several methods such as parts, partial fractions, trigonometric integrals, trigonometric substitutions, rationalizing substitutions and improper integrals. Finally, it thoroughly covers series, from convergence tests like the nth term test, integral test, limit and direct comparison tests, ratio and root tests, followed by a good overview of power series and finally Taylor and Maclurin Series. A successful student is well prepared to take the AP Calculus BC test.

AP Statistics is an introductory college-level course with performance standards established by the College Board. Since these standards are very demanding for most high school students, the course is designed for those students who have demonstrated excellent mathematical and verbal abilities in the classroom. As a discipline, statistics is often where the student evolves from analyzing the idealized mathematical world to understanding the ambiguity of the real world. Answers are no longer clear-cut, and data is often of dubious quality. Nevertheless, unless we wish to resort to opinion and speculation, the data can still be used, but it must be used correctly. Statistical methods, therefore, emphasize the interpretation of data and recognition of its limitations. AP Statistics is a demanding course, and the students should expect to have 4-5 hours of homework per week.

Advanced Topics is the most advanced mathematics course offered at The Storm King School. Offered to seniors who have already completed the Advanced Placement curriculum, it seeks to offer students a window into more advanced mathematics and train them as Peer Tutors to work in Study Hall. The typical week is evenly split between an overview of what the lower level math classes are covering, to be well prepared to work in Study Hall, and advanced math. The topics covered include multi-variable calculus, linear algebra, and classical algebra including basic group theory and number theory, ending with forays into complex analysis and manifold theory. 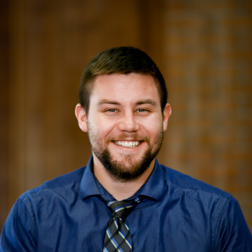 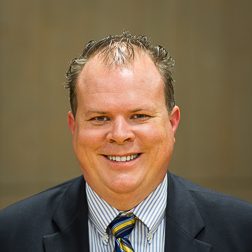 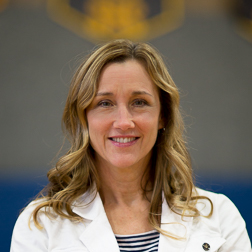 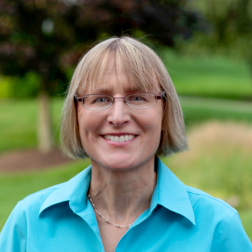 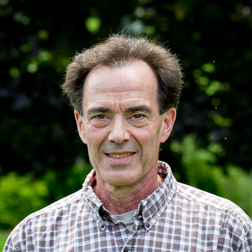 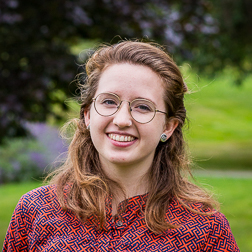 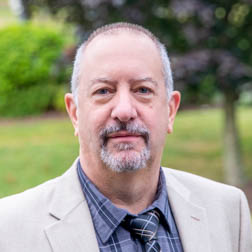 Videos from the Classroom