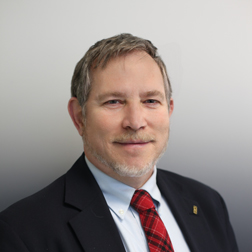 Head of School Lamb is The Storm King School’s 17th Head since its founding in 1867. From June 2014, he served as interim Head and was named Head of School in the spring of 2015.

Mr. Lamb’s prolific academic and boarding school management experience spans several decades. Between 2010 to 2014, he was the Assistant Head of School and Academic Dean at Storm King, leading the School in preparation for its successful accreditation examination by the New York State Association of Independent Schools (NYSAIS). Additionally, Mr. Lamb led a curriculum review, resulting in initiating the current iPad program. Prior to coming to The Storm King School, he was the Head of Upper School and Director of Studies at The Perkiomen School, from 1990 to 2010. While at Perkiomen, he helped to rebuild their academic program, supported three capital campaigns and led various school management initiatives. From 1981 – 1990, Mr. Lamb was the English Department Chair at Rumsey Hall School, where he also served as the Summer School Director.

He resides at the Homestead with his wife, Susan “Toni” Scherrer, who serves as the Associate Director of Admissions at Storm King. They are proud grandparents and parents of two daughters. Mr. Lamb enjoys writing, cooking, reading, hiking, photography, skiing, fly tying, computers, and running.

“When we ask our students ‘How big can you dream?’ we aren’t just preparing our students for college. Our goal is to inspire them to start pursuing those dreams from the moment they walk through our doors.”

Officers of the Board of Trustees

Denise Sollami – Assistant to the Head of School

In January 2012, the Storm King Board of Trustees and the School’s administration approved a long-term vision for the School which will serve as a framework for strategic planning in the coming decade from 2012-22. This process included the creation of a Campus Master Plan that was revised in 2017. For more information please visit:

All parents of current Storm King School students are members of The Storm King School Parents Association (SKS PA). The SKS PA meets on campus every month to discuss how we can continue to support our SKS family and our school. Our mission is to support the unique international SKS community that includes students, faculty, and parents from the Hudson Valley and across the globe. Our work enhances the quality of life on campus through dialogue, connectivity, the exchange of ideas, fundraising, volunteering, and fostering a sense of community. For more information please visit: