Winter Athletic Season is Off to a Strong Start

Winter Athletic Season is Off to a Strong Start

December saw the Storm King Cougars start off their winter athletic seasons strong and settle well into their competition schedules. The basketball courts stayed hot all month for the boys and girls teams, starting off with the Storm King Tip-off Showcase early in the month and competitions continuing right through to the Winter Break. The SKS Wrestlers also had a great start to their season this month after a 2-year hiatus, with many SKS wrestlers winning their first bouts. 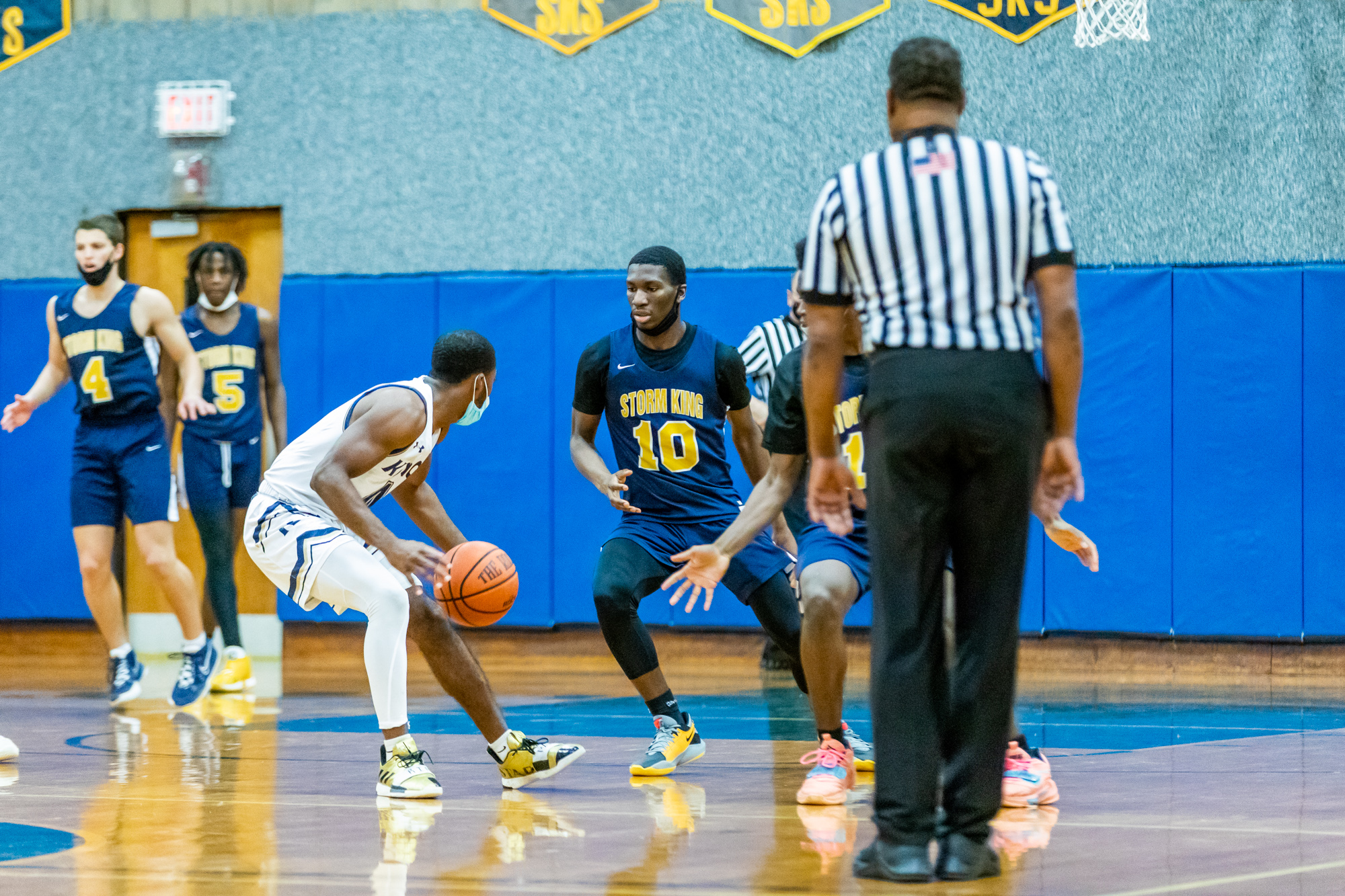 Boys Varsity Basketball warmed up the month of December starting with the Storm King Tip-off Showcase. Each team earned 1 placement with the team to win 2 games earning 2 awards.

The Cougars had outstanding performances from the entire starting line-up against Hyde School. All five starters scored in double-figures and converted 14/17 FTs to ice the game. Despite the loss to Springfield Commonwealth, RJ had 28 points and 6 steals.

Taking the court again on Wednesday, 12/15, the boys traveled to Harvey School for another road win 89-58. The team saw action from 11 players, giving time to develop each student’s game. Lou H. ’22 led the Cougars with 14 points in the game. 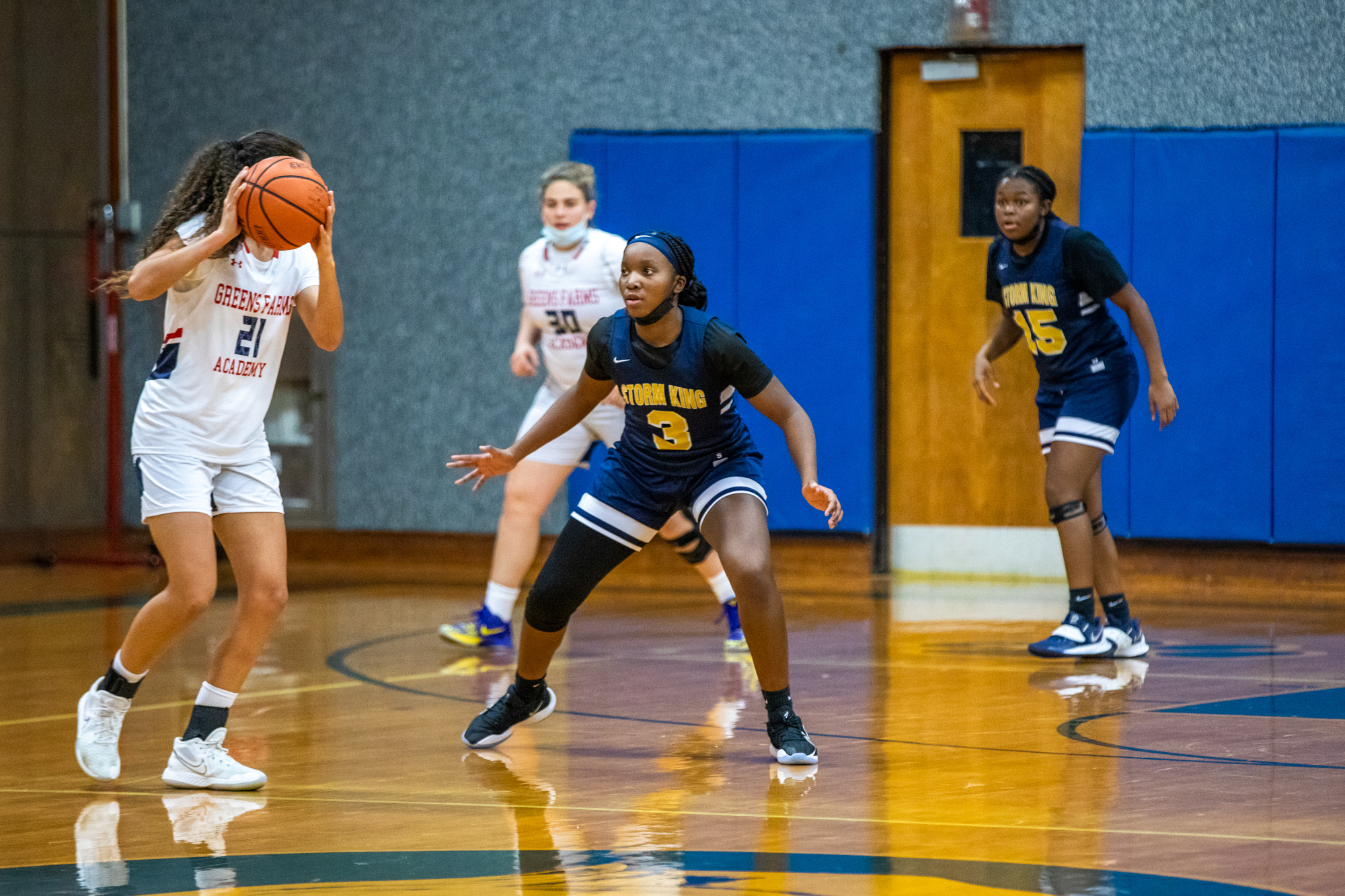 December also began strong for the girls team at the Storm King Tip-off Showcase. The Cougars showed great performances all around.

On Wednesday, 12/8, Girls Varsity Basketball defeated a new opponent, Putnam Science of Springfield, MA, with a final score of 59-56. It was a nail-biter experience, winning over the Mustangs in 4 minutes of overtime. Coach Miller shared, “We got off to a slow start in the first half and were down 4 points going into the 2nd half. PSA went on a 12-0 run, but we battled back strong with Skyla N. ’22 hitting a huge 3-pointer to tie the game with 5 seconds remaining to send it into overtime. The girls stole the game in overtime with another 3-pointer by Skyla and a huge offensive rebound and finish by Aleena S. ’23.”

Girls Varsity Basketball tipped off against St. Luke’s on Saturday, 12/11, experiencing some solid competition. Storm King got off to a slow start and trailed early in the first quarter. Facing a tough St. Luke’s team with a nationally-ranked player, it proved to be an uphill battle for the Cougars. Credit goes to the SKS team for not giving up and continuing to play hard. The hot shooting of Layla G. ‘23 was a bright spot for SKS as she hit 5 3-pointers. Nicole H. ‘22 also contributed with 7 points and 10 rebounds. The final tally was Storm King 36 to St. Luke’s 65.

The Storm King Wrestlers kicked off their schedule by hosting Forman School, Woodhall School, and Marvelwood on Saturday, 12/11. According to their coaches, the largest Cougar team in recent years filled up the weight classes and came out strong against tough competition for their first meet in two years. “Many wrestlers saw the mat in our first matches in almost 2 years. Some of our SKS wrestlers saw their first wins as well: Maddie M. ’22, Cedric Z.’23, Michael T. ’24, and Thomas C. ’23. All in all, it was a great start to our wrestling season. All are anxious to see what the Cougars accomplish when they return in January.”

A holiday message from Athletic Director Nicole Cervantes: “Good luck to the teams who are hitting the road this weekend for competition and safe travels to all Cougars who are headed home to see their families over the Winter Break. Remember that going for walks or a light jog is a great way to relieve stress. Don’t forget to stretch! Your coaches want all of you to come back in good shape and be ready to play. Take care of yourselves and stay healthy. The Mountain will be here waiting for you.”