Learning was put ‘in motion’ for students in Mr. Zenz’s Freshman Physics class recently with a live demonstration of Newton’s first law of motion. Using a hovercraft made of plywood and a battery-powered leaf blower, the students experienced first-hand that ‘an object in motion stays in motion unless acted upon by an unbalanced force.’ In this case, the unbalanced force is friction. 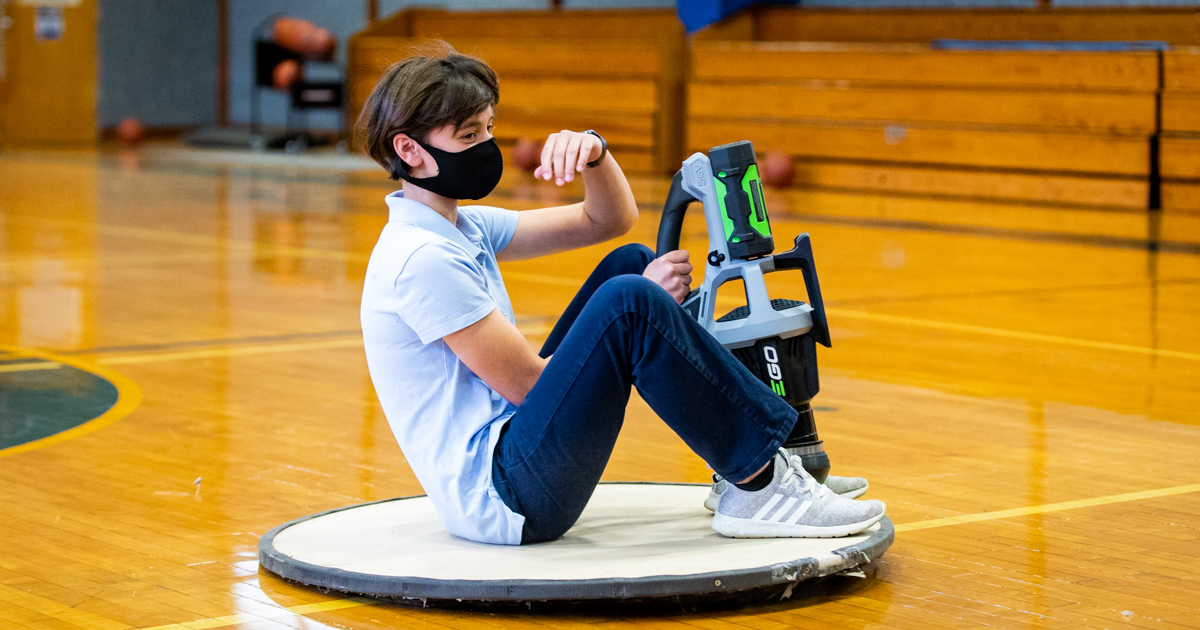 “The board upon which the students sit is made frictionless by virtue of gas being discharged underneath it by the leaf blower,” explained Mr. Zenz. “The craft is then accelerated (pushed) by another student or a teacher. Since the craft is not constrained by any friction, the rider gets the odd sensation of traveling at a constant velocity with no change in speed or direction.” 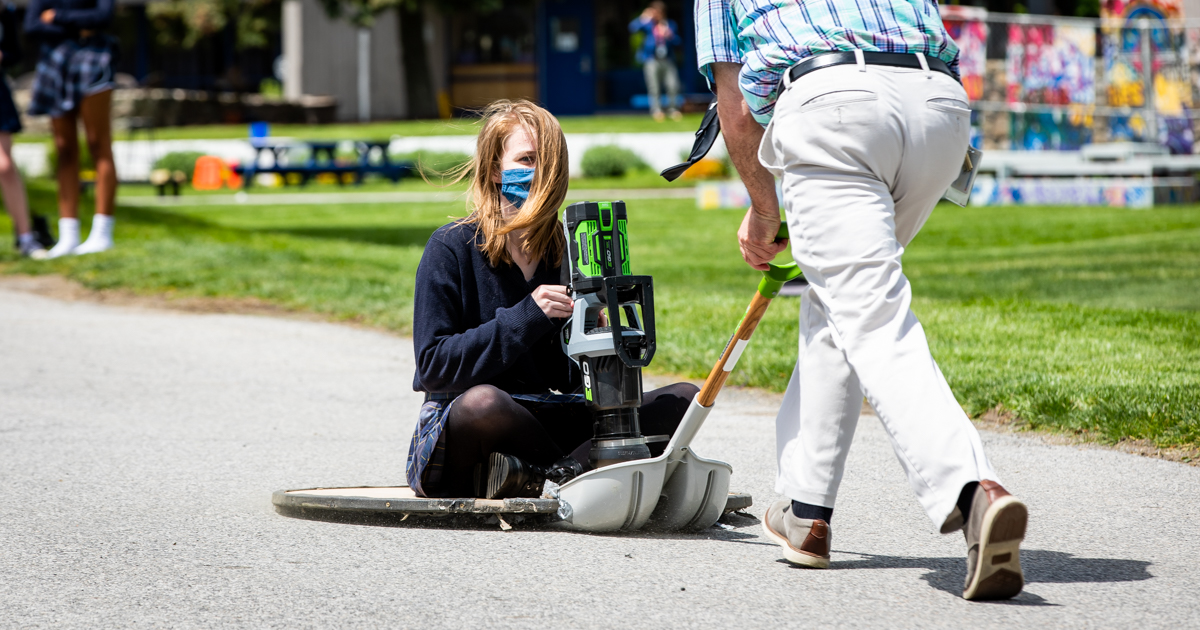 Each student was able to ride the hovercraft first in the gymnasium, then on rougher ground outside. Once they experienced the feeling of gliding unhindered, the students were asked to determine which of Newton’s principles were demonstrated in the experiment as part of their homework. Freshman Maddie Devine ’24, who rode the hovercraft indoors and outdoors and determined Newton’s law correctly, wrote “since the hovercraft eliminated friction, it would have kept going on forever.” 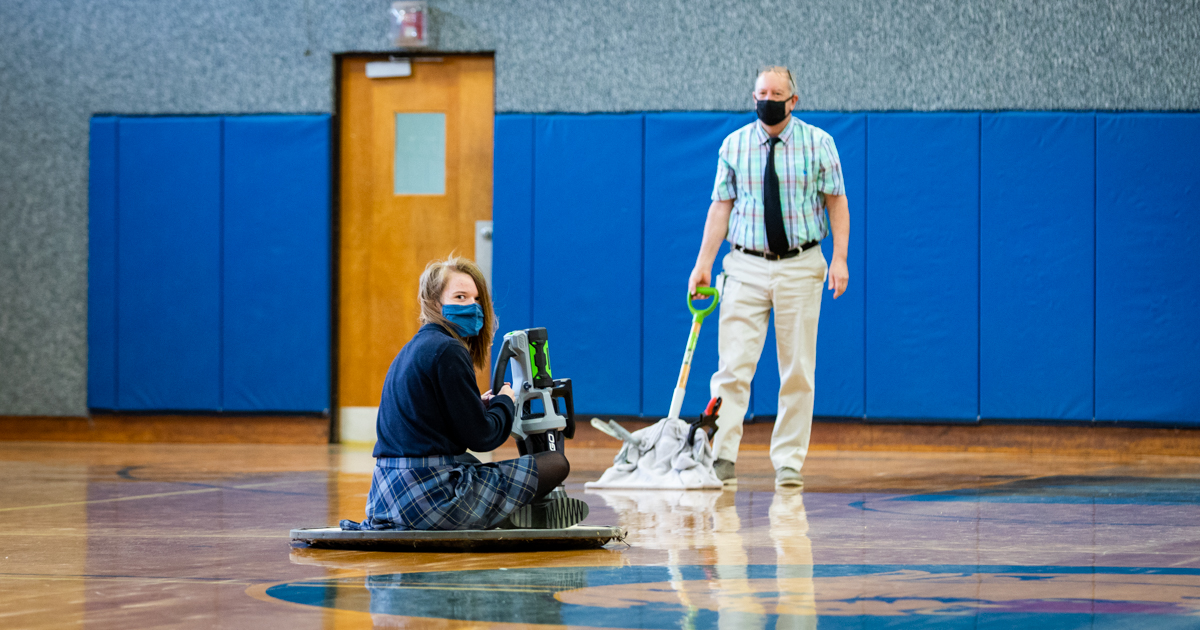