For students in Storm King’s new Fashion Design Program, a semester’s worth of creativity, exploration, and hard work culminated in the School’s very first fashion show. The show, complete with student-models, upbeat music, and synchronized lighting, took place on Thursday, December 6 at 7:00 pm in the Walter Reade Jr. Theatre. The fashion show followed a series of comedic one-act plays performed by SKS’ theater students which brought smiles to the audience.

As the designers and models prepared for the show backstage, Anne Fulton’s theater students entertained the guests with a series of short scenes including Up on the Roof performed by Olivia O’Blaney and Stuart Hutlzer, The Blueberry Hill Accord with Beatriz Pessoa Cardoso Oliveria and Justice Pessoa, It’s Not You with Jessica Zheng, Asia Raacke, Tamar Haham McGowan, and Conall Sweeney, The Speaker with Caroline Hecht and Conall Sweeney, and It’s Terrible Being Nice with Helen Shen and Zhengyuan Liu. The audience was captivated by all of their performances and many were heard laughing out loud. 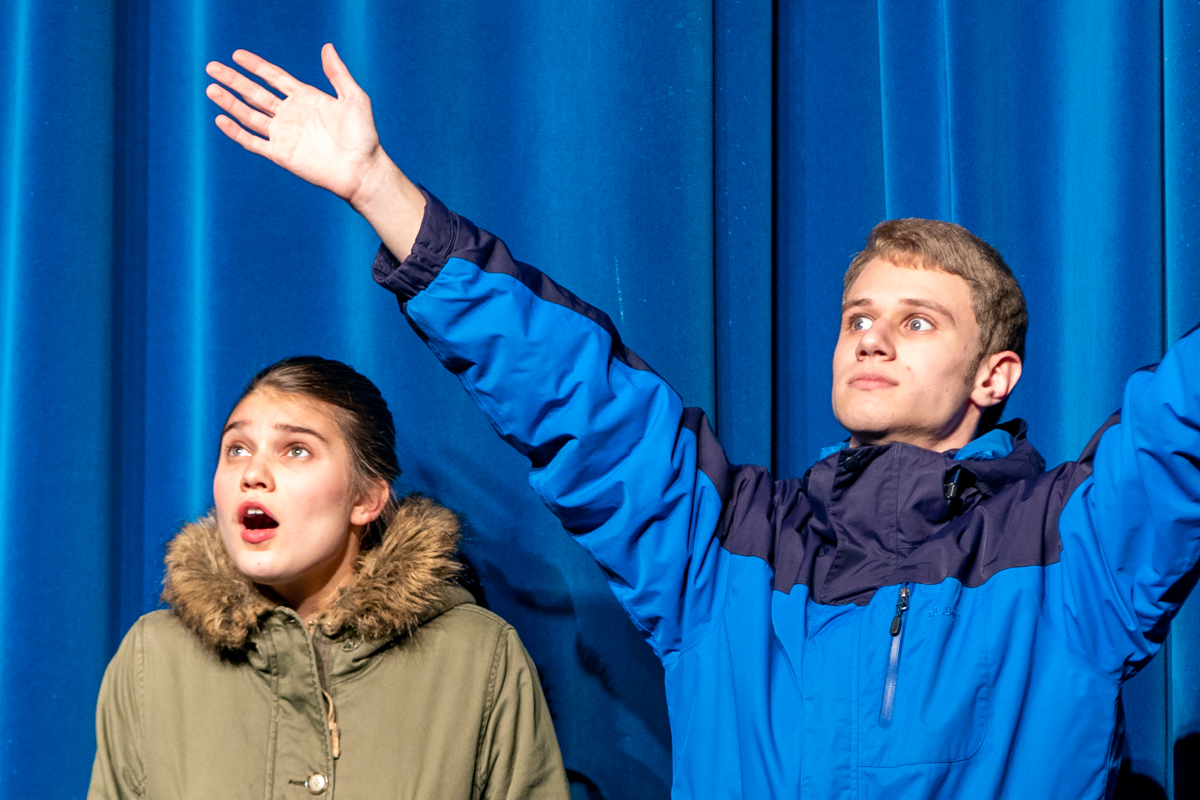 Following a brief intermission, fashion design instructor Ms. Liggett took to the stage and introduced Storm King’s student-designers including Jesse Li, Coco Chen, Kristina Huang, Iris Zhang, Emily Elizabeth Kent, Ashley Cabrera, and Gloria Wang. In her opening words, she asked the audience to pay special attention to the items the students created which included a blouse, a dress, a pencil skirt, and pants, as well as accessories such as hats, scarves, jewelry, and shoes.

In preparation for the show, each student-designer was responsible for recruiting their own models from among the rest of the student body, fitting their items and accessories to each model, and coordinating each overall look including hairstyling and makeup. 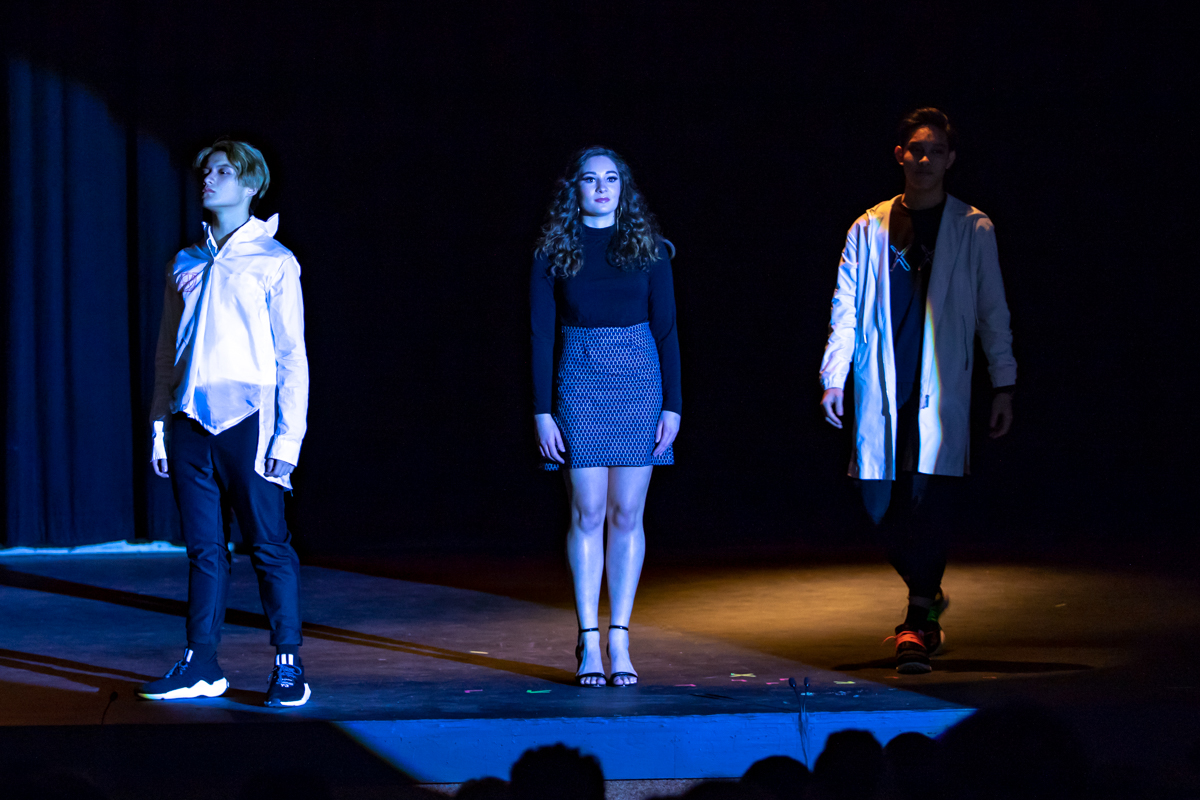 As the house lights dimmed and the music began, the first models and their designer walked across the stage and posed before strutting down the lighted corridors to exit the theater. The other groups followed to the rhythm of the music as the guests applauded each designer’s work. The excitement was high as all of the models and designers re-entered the theater together and walked down the corridors toward the stage in true runway fashion. For the grand finale, more than 500 balloons cascaded down upon the models and designers flooding the stage. It was the perfect ending to celebrate the students’ works and a semester full of hands-on learning.

Congratulations to Mrs. Fulton and our theater students for their entertaining short performances and kudos to Storm King’s first student-designers, models, and hair and make-up artists for putting on such a fantastic fashion show under the guidance of Ms. Liggett. Many thanks also go out to the student production crew, ushers, and light and sound operators led by Mrs. Myers-Brown who worked very hard to put the finishing touches on the show. 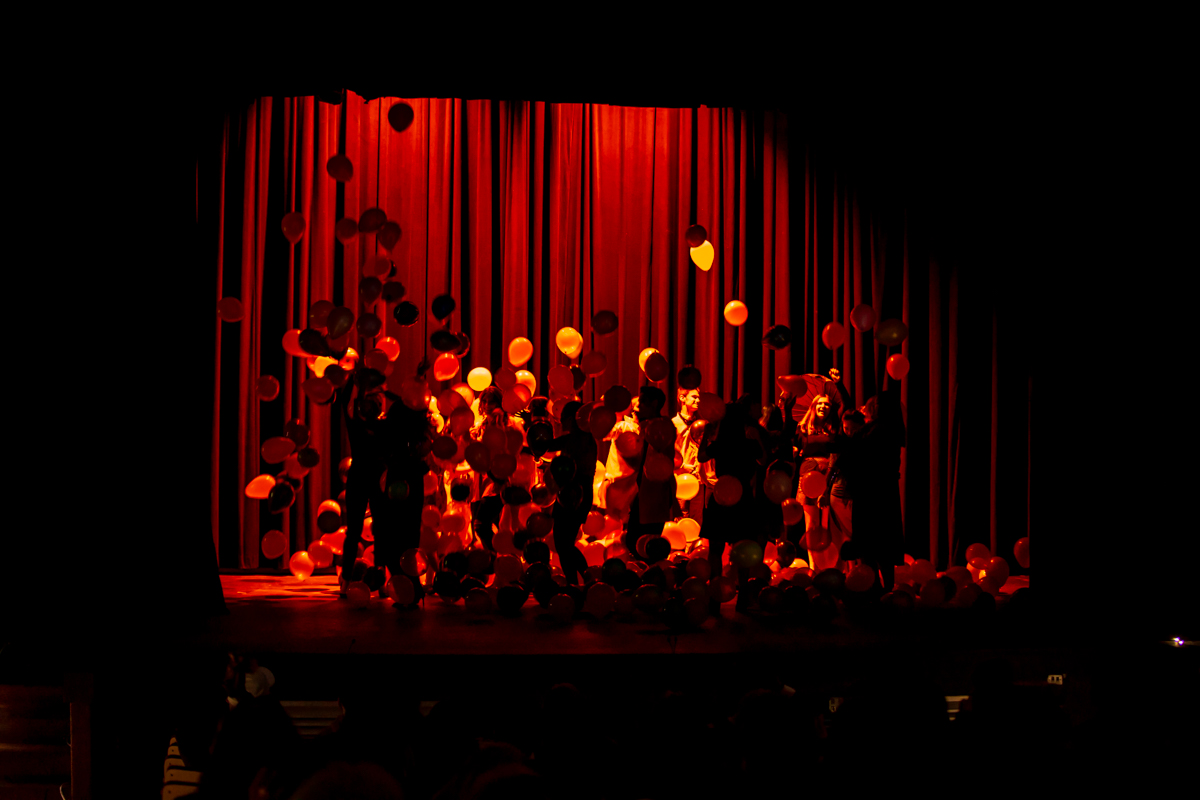