Students from The Storm King School expressed their ideas about human rights through their artwork this winter at An Artist’s Response to Human Rights– an exhibition celebrating the 30 Articles of the UN Declaration of Human Rights. Their works were displayed at the Mindy Ross Gallery in Kaplan Hall at the SUNY Orange campus in Newburgh, NY, during the month of December 2018. 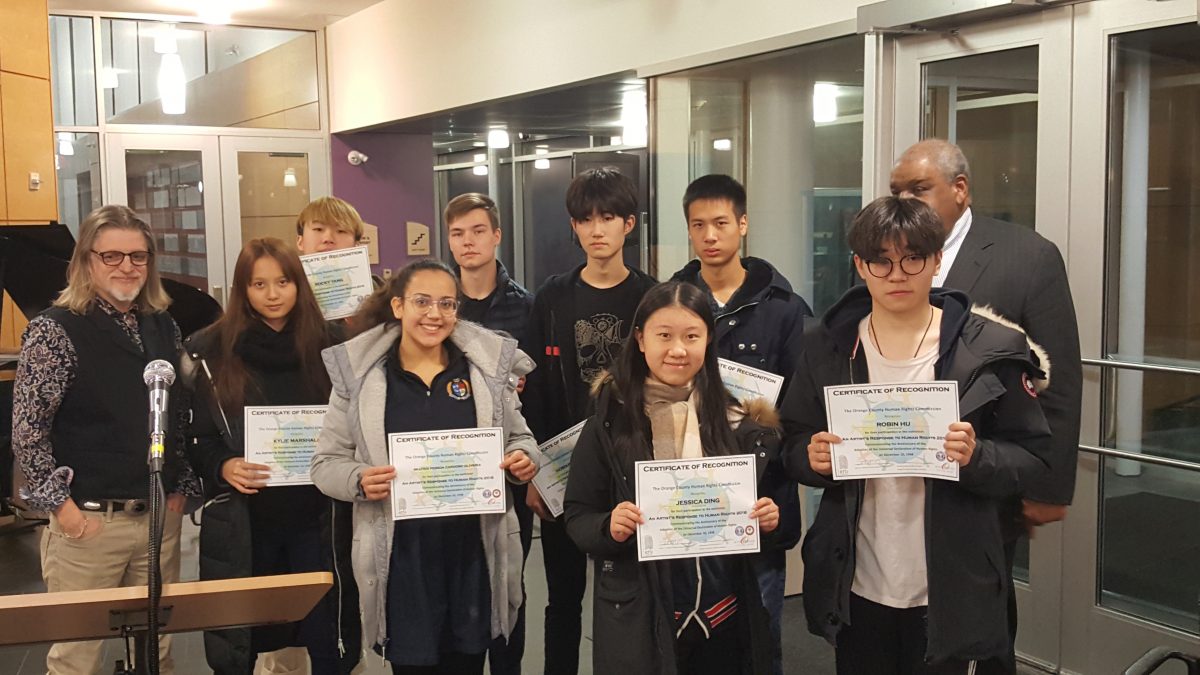 The exhibition, organized since 2012 by the Orange County Arts Council, Cultural Affairs at SUNY Orange, and the Orange County Human Rights Commission, offers young artists a venue to express their feelings about the importance of human rights in today’s world through their artwork, essays and poems. The Storm King School, which has participated in the exhibition every year since its inception, was among nine area high schools that had works on display this winter at the SUNY Orange Newburgh and Middletown, NY campuses. 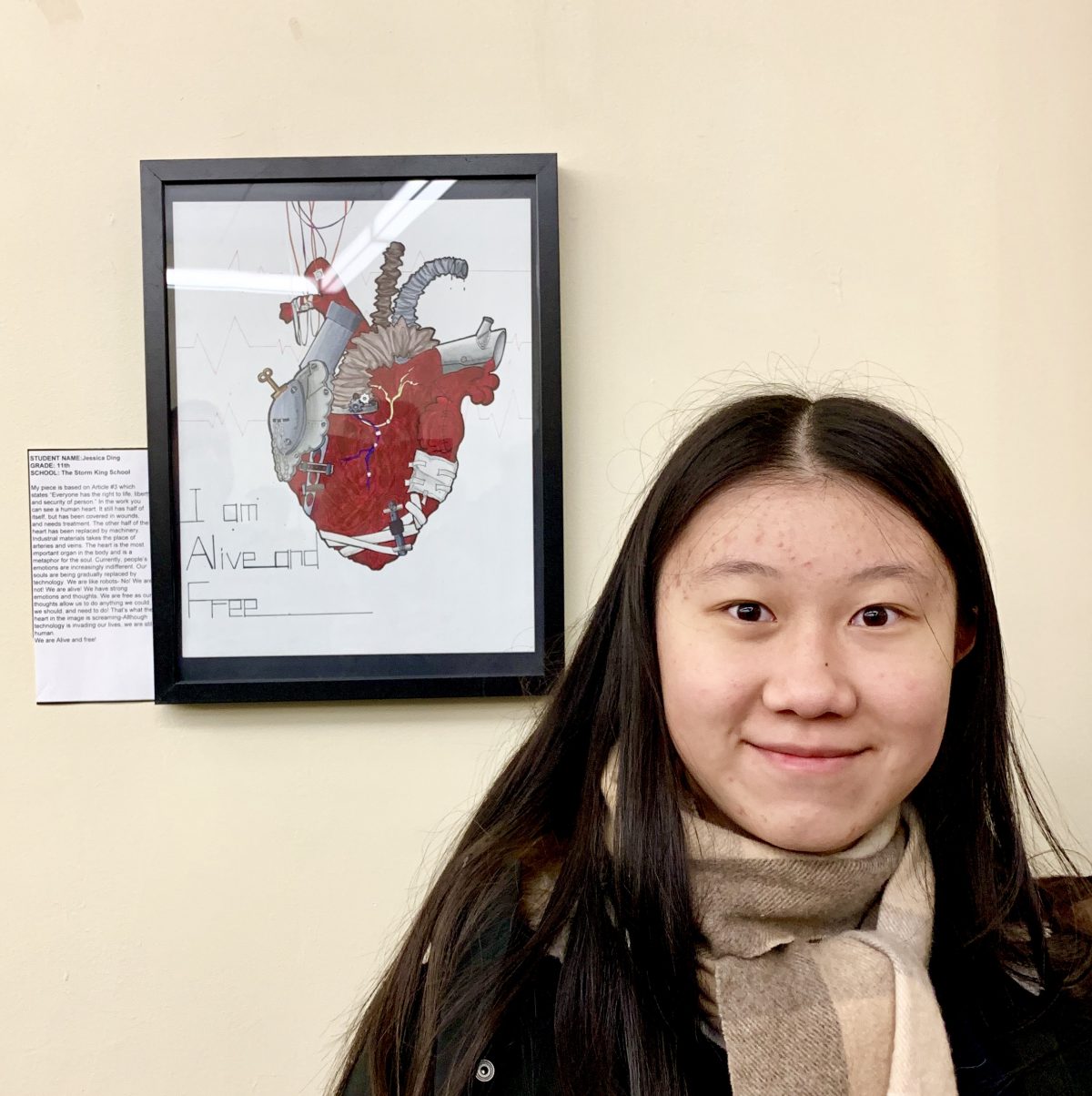 Storm King junior Jessica Ding was among the nine students who submitted artwork from The Storm King School.  Her pen and ink work titled “I am Alive and Free,” depicts a heart which is damaged and supported by machinery. “Human emotions come from the heart, which is easily broken or can be taken over by technology. Although we rely on computers and phones, we aren’t machines. Only through our hearts are we capable of having real relationships with others; this makes us free,” Jessica explained as she described the idea behind her work. 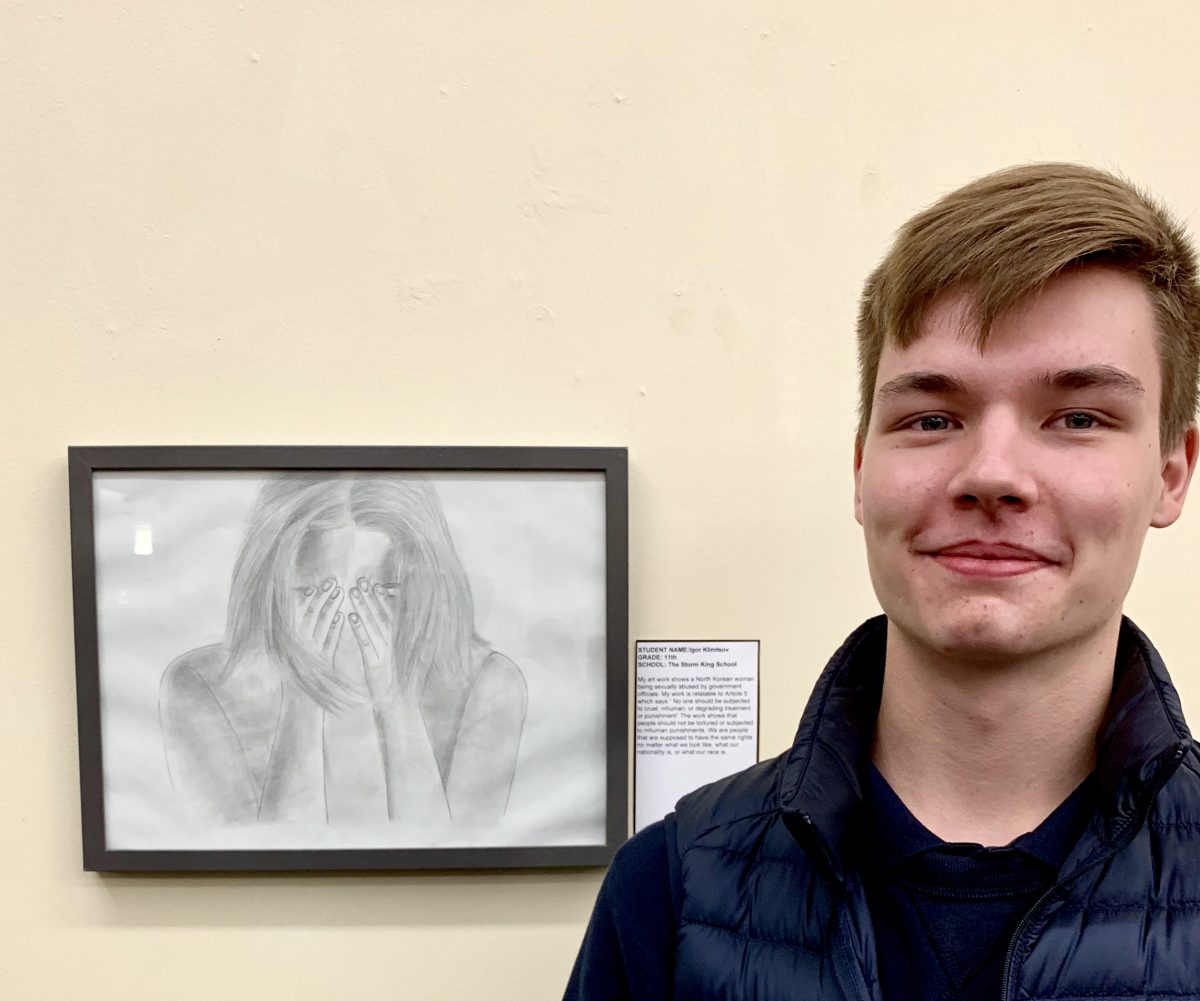