The Walter Reade Jr. Theatre came alive recently with the return of an important Storm King School tradition: the spring musical production. Three performances of the award-winning musical Chicago: High School Edition lit up the stage on May 20-22, 2022. Complete with gold, glitter, vintage costumes, and outstanding song and dance routines, this adaptation of Kander and Ebb’s classic about fame, fortune and acquittal had the audience riveted from start to finish. 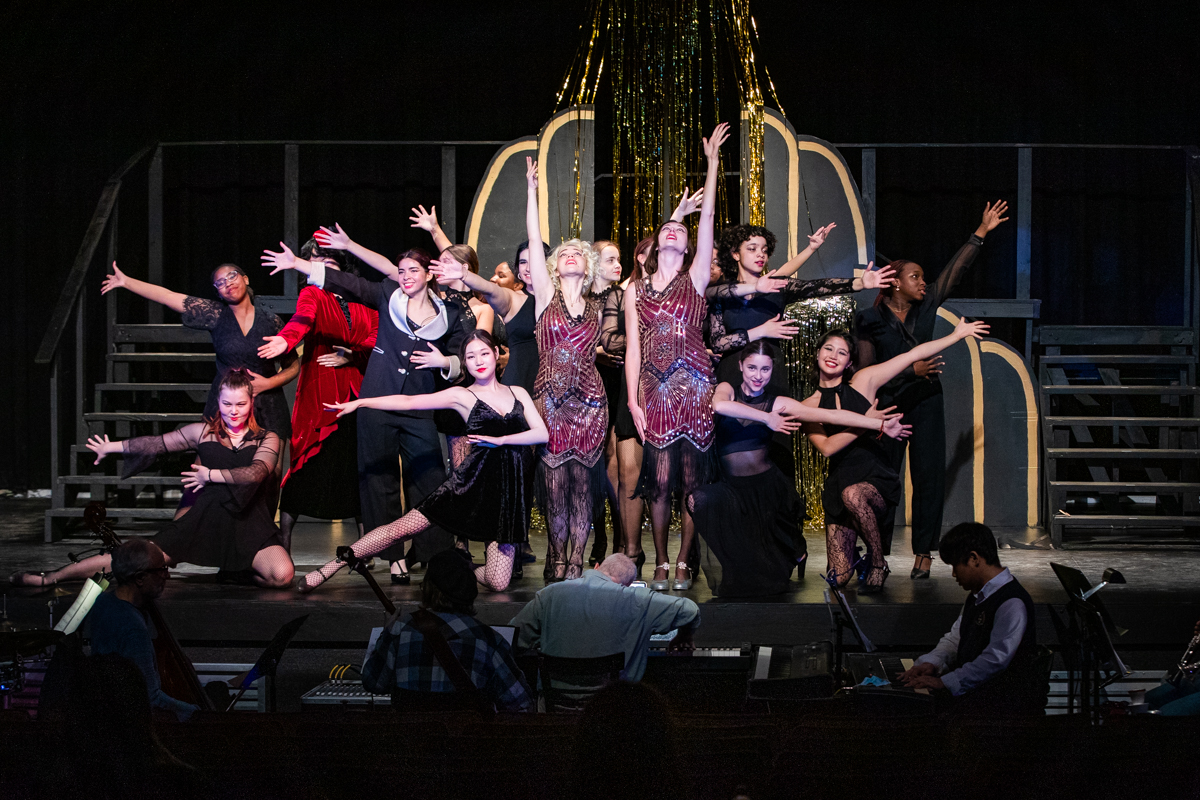 Set in 1920s Chicago and based on real-life murders and trials, the play follows Roxie Hart, a wannabe vaudevillian star played by SKS junior Nina G. ’23. Roxie murders her lover and is arrested despite her attempts to convince her pushover husband, Amos (Thomas C. ’23), to lie for her. In the Cook County Jail, Roxie meets her hero, the famed double-murderess and nightclub performer Velma Kelly, played by senior Zoe B. ’22. When both acquire the same lawyer, the greedy superstar Billy Flynn (Hisham A. ’22), tensions come to a head as the two women compete for the spotlight. The ever-thickening plot also served as a background for outstanding vocal performances of memorable songs, including “All That Jazz,” “Cell Block Tango,” “Me and My Baby,” and “Razzle Dazzle,” to name a few. 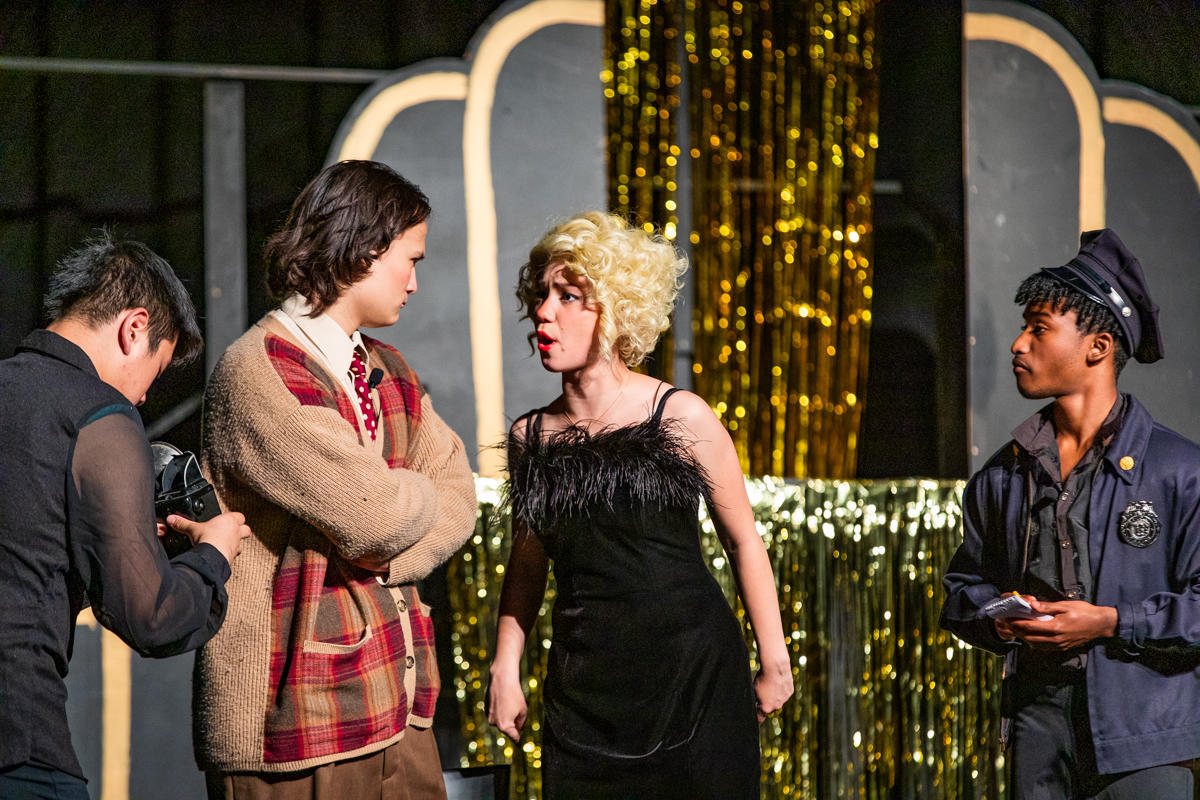 Storm King’s Director of Theater Anne Fulton was confident in her students when she chose Chicago for the spring musical production this year. “We had produced Godspell last year as an outdoor show, which we really enjoyed, but we were more than ready this year to perform a musical in the Walter Reade, Jr. Theatre again. Chicago: High School Edition was our first choice!” 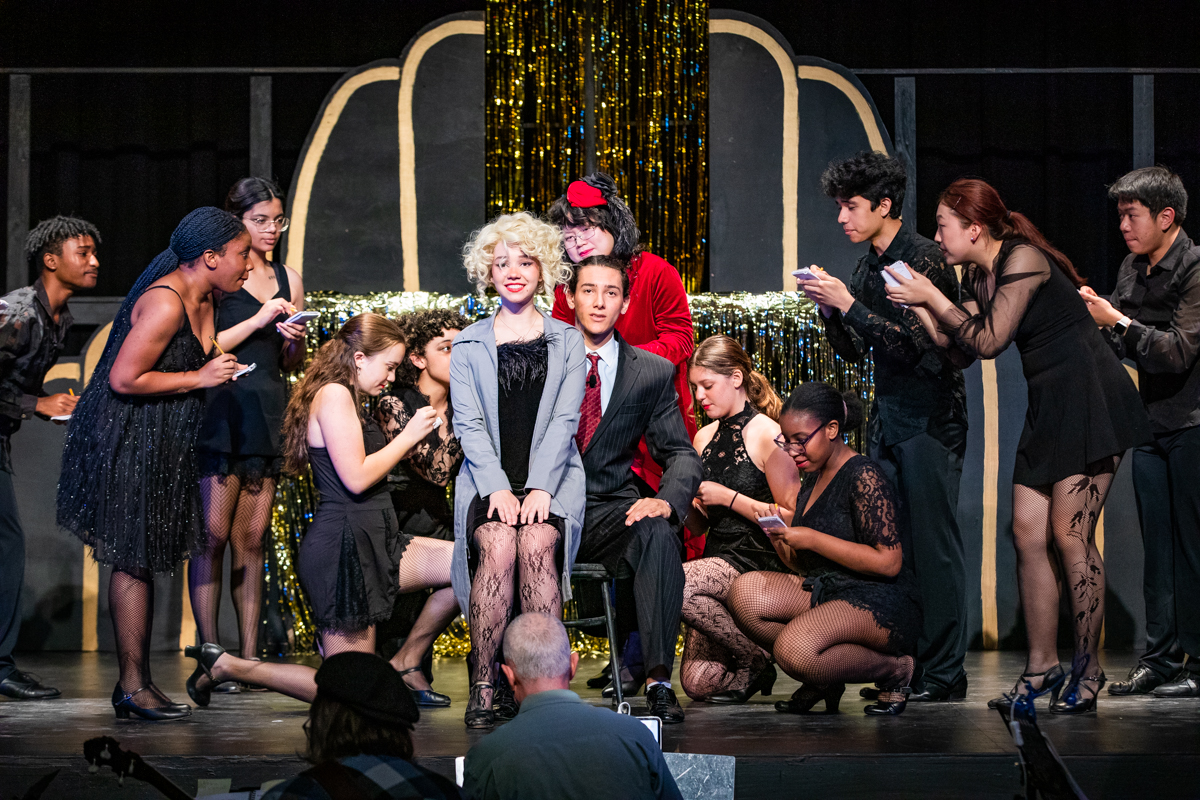 Regarding the performances of SKS’ student actors and actresses, Mrs. Fulton was ecstatic: “The students in the cast were excited about the musical; many had seen the film version and were familiar with the music. The dancing, choreographed by Ms. Jacobson, is a major part of the show and the cast worked hard to learn the steps. Our students brought a great deal of talent and enthusiasm to the rehearsal process and then delivered truly memorable performances. The musicians and stage crew also did a wonderful job to make the production a hit.”