Following a one-year pause, the Storm King School Class of 2022 brought back an important tradition and right of passage for seniors – The Senior Retreat. One difference from previous years– the event was done in two separate sessions rather than an overnight weekend stay. “As October progressed, the school calendar filled up quickly with sports, activities, and college application due dates,” explained Visual Arts Chair John Carruthers, who led the event’s organization. “Two days over two different fall weekends was the best option for everyone this year.”

As in the past, the group trekked up to the Black Rock Forest Lodge for the first session on Saturday, October 30. A pizza and sushi dinner was waiting for the group before they began the evening’s activities. “For the first activity, the students wrote letters to themselves answering these questions: ‘What do you hope will happen this year? How will it play out? What is your dream for life? What is your greatest obstacle, and what action steps will you take to overtake them?’ The students also wrote down their fears on a separate piece of paper which they were asked to hold on to until the second session the following week.

Next, the group did some deep introductions with a circle activity. Students were placed in two circles– an inner and an outer circle, both facing each other. The students took turns saying one thing they appreciated about the person facing them, one thing people probably didn’t know about them, and other deep knowledge questions. Science Dept. Chair Dr. Feffer followed up with a fun engineering challenge to find out which group could build the highest freestanding structure using spaghetti, string, masking tape, and a marshmallow.

The seniors then broke into smaller groups and each group came up with a spirit animal that described them, and a possible mascot for a senior t-shirt design. “We re-gathered to share and discuss our spirit animal choices, senior year mascot, and any thought about the evening’s activities. Then we hiked back to school,” continued Mr. Carruthers. 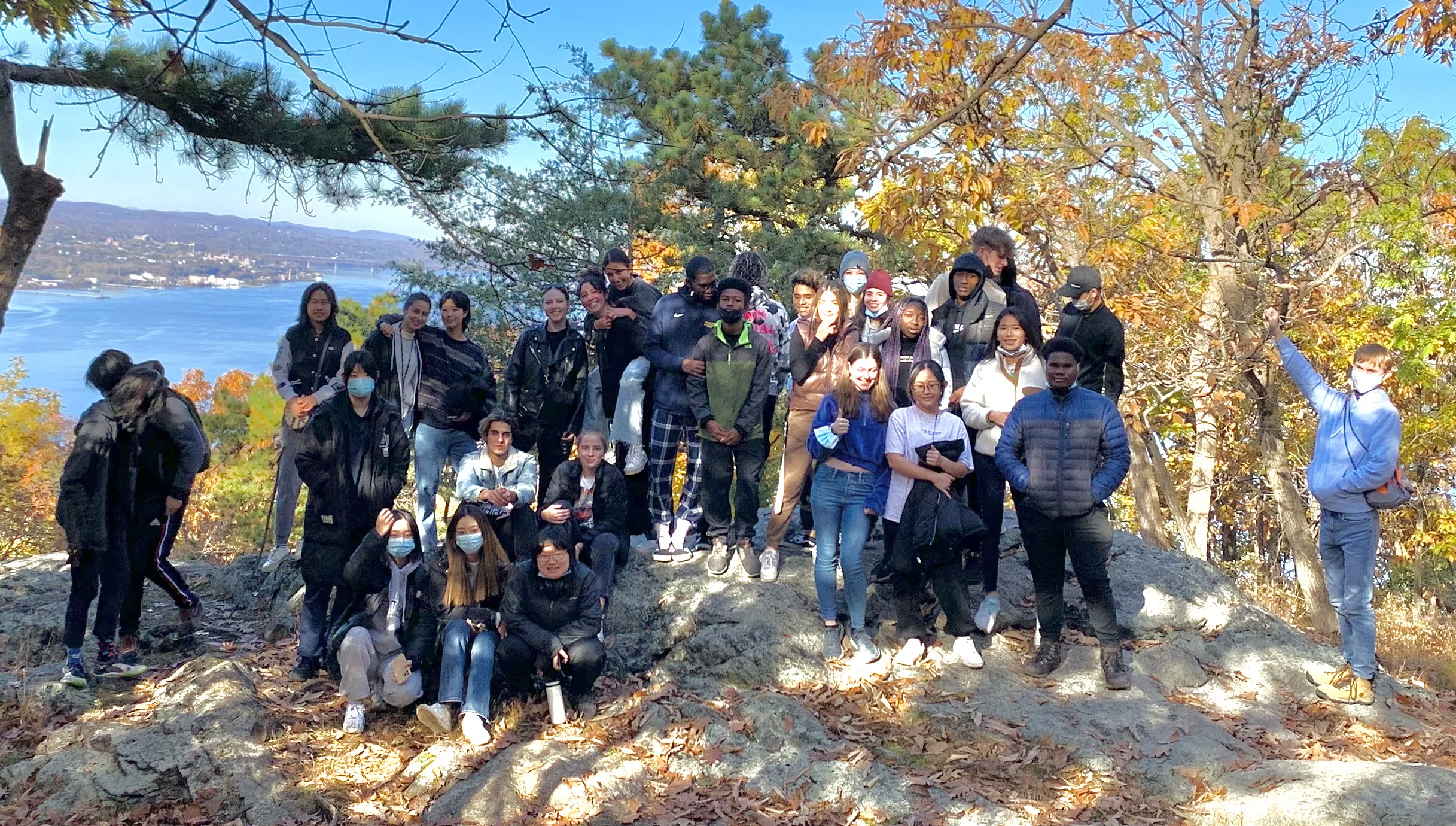 For the second session on Sunday, November 7, the class hiked up to a nice lookout area in Storm King State Park, then hiked down the other side of the mountain where they were met by vehicles to take them back to school. Upon their return to camps, the group was greeted by an ice cream truck waiting for them at Orr Commons. “That evening, we held a senior bonfire at our fire pit near the Art Center,” explained Mr. Carruthers. There, we took out our papers from the previous session and threw them into the fire, thus burning our fears. After that, we all told ghost stories, and ate S’mores.”

By the end of the second session, the group had grown much closer and each student had a clearer vision of what they wanted their final year at SKS to look like. “Overall, I think the students had a wonderful opportunity to really meet each other, share ideas, and partake in some physical activity as a group. Simply being together after almost two years of pandemic protocols was welcomed by all,” Mr. Carruthers concluded.