“The Peer Listening Program is more important than ever this year,” explained junior Zoe Buddie, a 2020-2021 Peer Listener. “I believe the program provides an important sense of community and support among students, especially during the pandemic,” continued Shayla Lawrence ’21 about her second year as a Peer Listener.

According to both girls, the Peer Listening Program is an important way for students to focus on their mental and emotional well-being, especially during challenging times like these.  “The program’s popularity grew as more and more students experienced the benefits of participating. By listening to each other’s struggles, many students found they went through similar experiences and offered their support. When the same members began to attend our meetings regularly, we started cheering each other on. It became a safe space for us to build each other up,” continued Shayla.

The group, formerly called Peer Counseling, began meeting two years ago under the guidance of SKS’ Dean of Faculty Jeremy Freeman, who says the program has experienced steady growth and positive feedback from both counselors and participants. “The Peer Listeners have been up to some great work this semester. With surprisingly little direction from me, they succeeded in organizing bi-weekly virtual forums for student-centered discussions on mental and emotional health. Some weeks they hosted general discussions just for students, and toward the end of the school year, they began a series of educational presentations on Mental and Emotional Health (MEH) topics.” 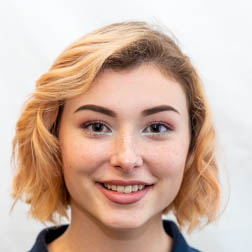 “I love that as a Peer Listener I was able to both listen and be heard. The degree to which I was able to support my fellow Peer Listeners and the students who joined our meetings equaled the support I received from them.” —Zoe Buddie ’22

Mr. Freeman went on to explain that the program was very beneficial in helping students process the added stress brought on by the pandemic and the extended periods of online learning, as well as being a way for remote learners to participate and feel closer to the school community. In addition, students who participated as Peer Listeners had the added benefit of practicing skills that will serve them in their future careers.

“I’m hoping to go into Psychology, and possibly counseling, as a career. I thought Peer Listening was a perfect way to get involved with the School in a way that aligns with my passions,” explained Zoe. “I have a passion advocating for mental health,” continued Shayla. “I became a Peer Listener when I first knew I wanted to pursue Psychology as a career, and wanted more experience in dealing with mental health issues.”

Dominique Gooden ’21, who spoke with the Peer Listeners often, says she recommends it to other students. “I think the Peer Listening Program helped me and other students tremendously during the pandemic. Like many others, I was sad that I had to complete some portions of my senior year online. It helped me to know that I was not alone and that there was always someone willing to talk whenever I needed it. 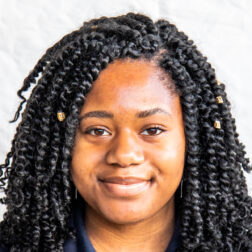 “The pandemic caused us to hit serious lows in our lives. Loneliness, depression, and anxiety were at their highest peaks. That’s why the Peer Listening Program is more important than ever this year.” – Shayla L. ’21

Looking at the future, Dominique believes that Peer Listening is essential, and hopes Storm King continues to build on the program: “Sometimes, students feel better talking about their experiences on a peer-to-peer level. I would like to see the program become even more integrated into the SKS experience, as well as at other schools across the world.”

Mr. Freeman, who shares Dominique’s vision, is looking forward to expanding the program further in the fall. “The listeners as well as the participants really benefited from the sessions this year. The whole endeavor had a true grassroots feeling in that the group was relatively self-directed and driven to find new ways to reach the student community, wherever they were. I’m excited to say that their great work this year will help us keep the energy going next year. We not only will need to replace those who’ve graduated, but wish to recruit a few new members next year.” 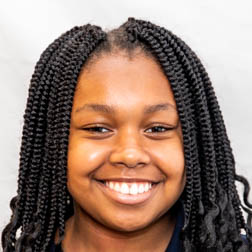 “I admired how the Peer Listeners were able to create a safe, welcoming space for the whole student body. I think they did a good job adapting to online meeting platforms and including students from all corners of the world.” – Dominique G. ’21