Throughout the school year, Thursday nights at the Walter Reade Jr. Theatre are set aside for the school community to come together and enjoy engaging presentations, impactful speakers, games, and other events. On the evening of Thursday, September 26, Storm King alumnus Ken Swan ’72 and his wife Eileen, more affectionately known as “Captain Ken and the Reluctant Sailor,” spoke to the audience about their experiences while sailing around the world.

The students were riveted as they watched a colorful slideshow and listened to the engaging couple talk about their adventure– the preparations, the hardships, the highs and the lows, and the natural beauty they experienced while circumnavigating the globe in their Blue Water sailboat named Aurora. Their travels began in the Caribbean, took them through the Panama Canal, on to the Pacific Islands, around the Cape of Good Hope, across the South Atlantic, up the coast of Brazil, and back to the Caribbean for the finish and spanned a course of nearly two years. 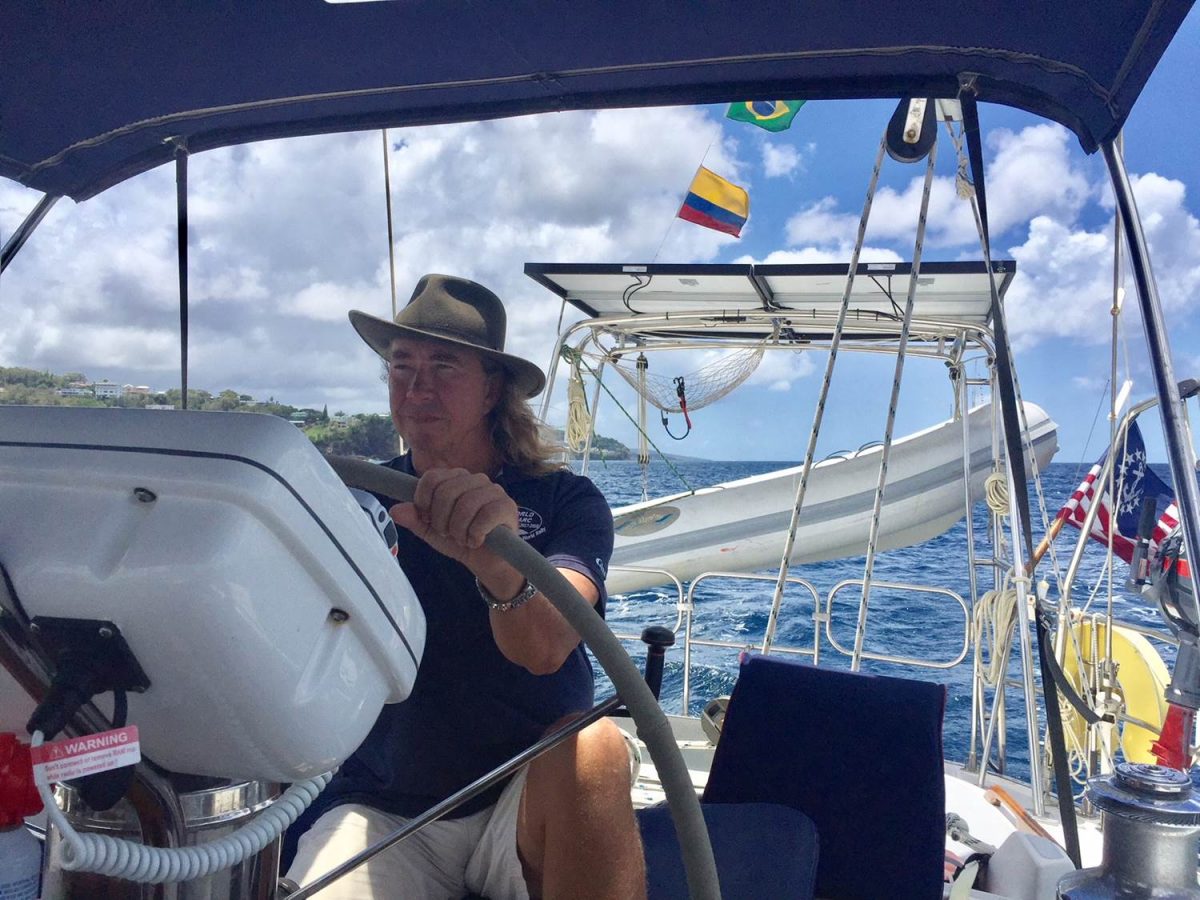 Ken Swan ’72 at the helm of Aurora

Following their presentation, the students asked the couple many interesting questions about their travels. Mr. Swan, who attended SKS for four years, talked about the skills he learned which helped the couple survive during their trip. “Knowing how things work, and how to fix them, is something I learned from my science and chemistry teacher here at SKS,” he explained. Following graduation from Storm King, Mr. Swan attended Rochester Institute of Technology (RIT), earning a BS in Chemical Engineering. Later, he spent his career designing and building pharmaceutical and BioTech facilities for several multinational firms.

In contrast, Mrs. Swan, told the students that she is not a good sailor or swimmer, but because she married Mr. Swan, she sailed around the world. Before their adventure, she worked as a teacher in Ireland and the USA, was later elected Mayor of Lebanon Township, NJ, and served in numerous high-level capacities advocating for the environment in the State of New Jersey.

“We met in Ireland when Ken informed me we would be sailing around the world someday– and did not mention it again for more than 30 years,” she joked with the audience. “Then, in December of 2014, Ken retired. In front of a group of friends, he announced, finally,  that we would sail around the world. In 2015, we bought a sailboat and the rest is history.” 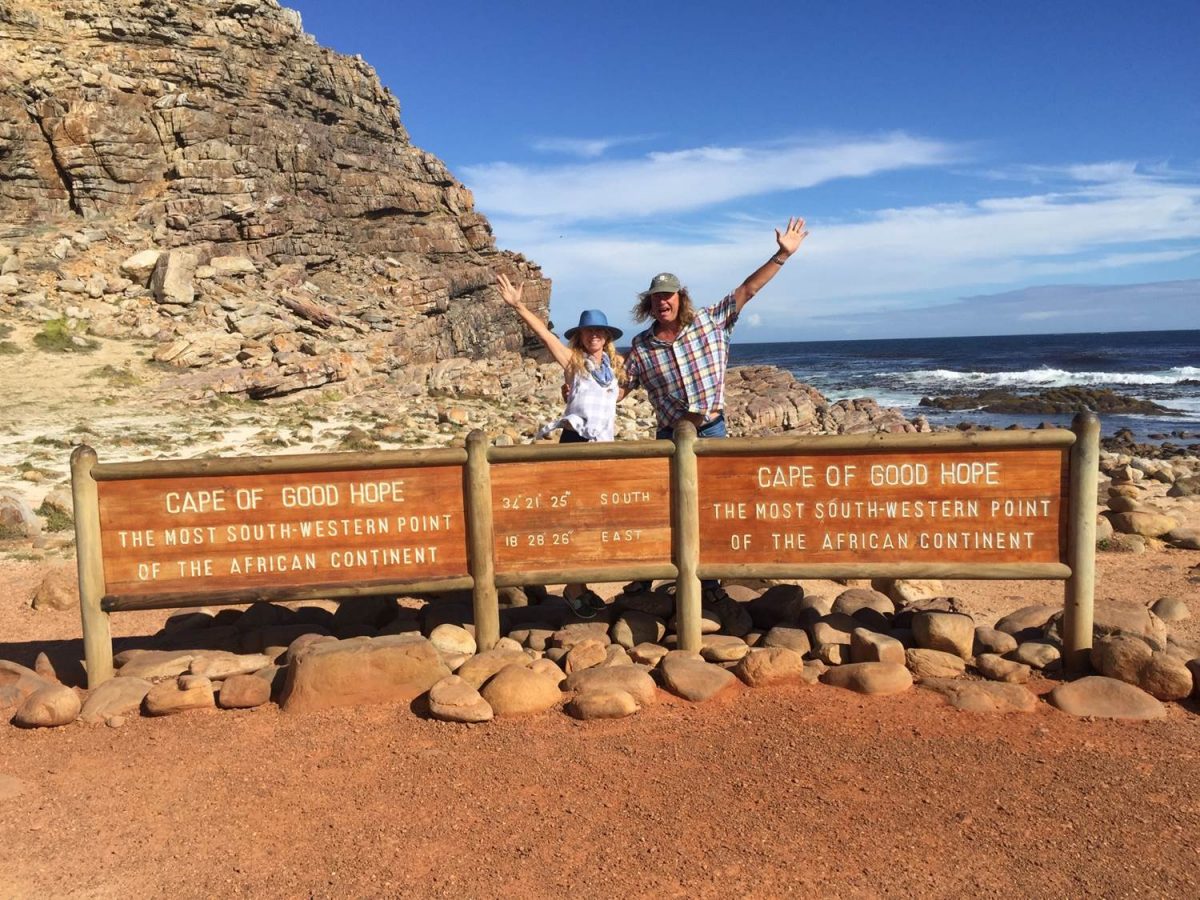 Ken Swan ’72 and Eileen Swan at the Cape of Good Hope, South Africa