The fall semester at The Storm King School is well underway, and the Cougars are off to a great start. Over the past several weeks, all seven fall teams have played their season openers and settled into league play. With the largest senior class in the School’s recent history having graduated in May, the coaches are working with many new talents this year. At the same time, our returning athletes are busy keeping up the winning momentum of the last several years. It has been an exciting season so far and the coaches have great things to say. 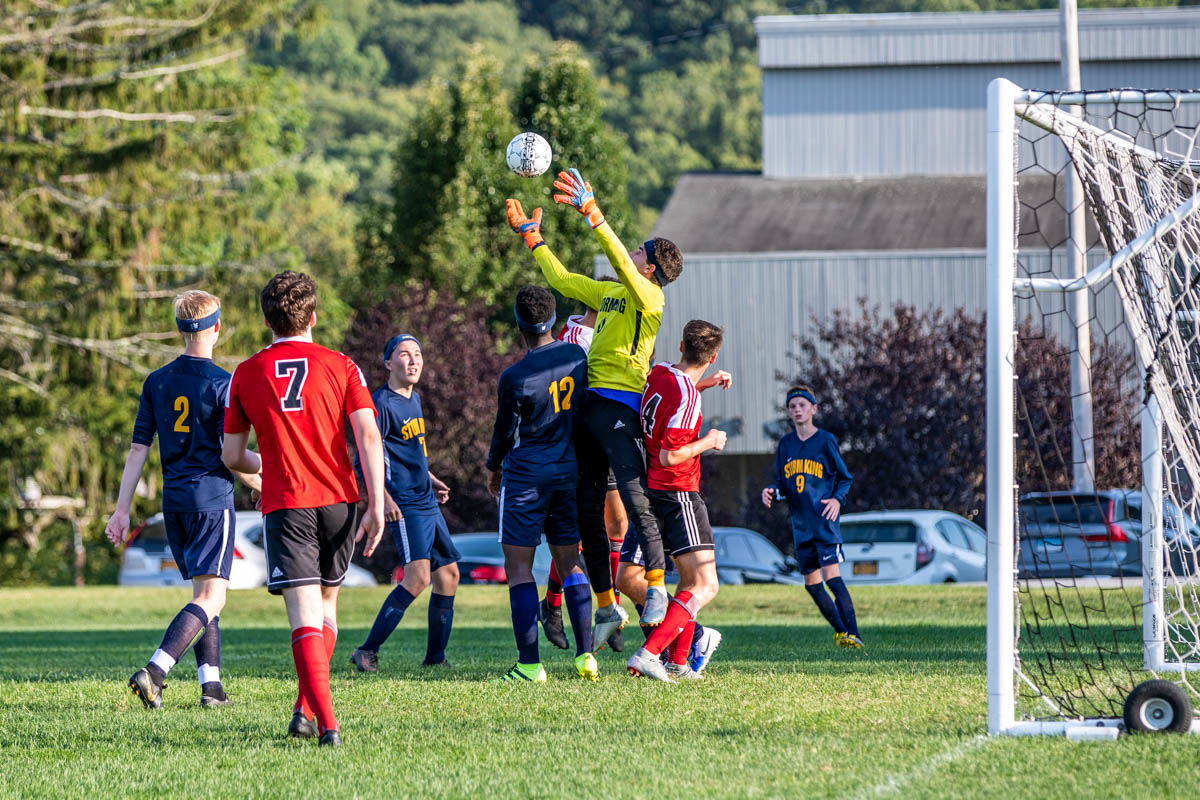 To kick off fall action, the boys varsity soccer team played their season opener versus the Darrow School on Saturday, September 7, with only a few practices under their belts. The match took place on the same day as the School’s luncheon for parents, who were there to cheer the Cougars on.  Great play, the home advantage, and the moral support of parents and fans helped bring the Cougars to a decisive 11-0 win on their opening day. Continuing their regular schedule, the boys achieved three more wins versus Williams School, Oakwood, and Harvey as well as three losses to South Kent, Rocky Hill, and Christian Heritage. Now, three weeks into their season, the team stands with a 5-3 record overall. 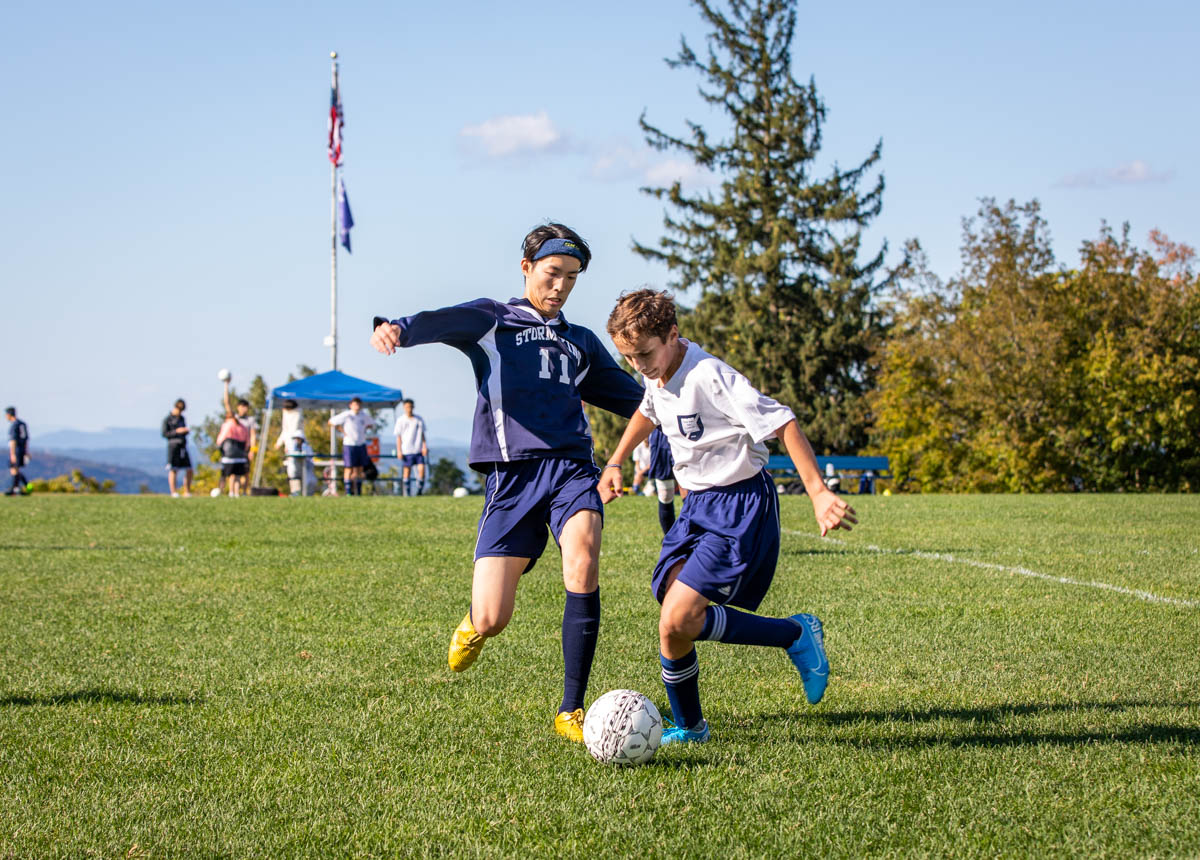 Despite a 0-2 record to date, the boys JV soccer team is also off to a great start according to Coach Bennett, who is very proud of his team’s level of play. “All the boys are doing a great job this year, with Ben Lu ’22, Allen Tao ’24, and Mason Chen ’21 helping to lead the team with outstanding defensive and mid-field play in our first match versus Trinity-Pawling on September 14. Santiago Valdes ’24 is another upcoming young player who scored our goal against Millbrook School on a penalty kick during the match on September 18. The team’s goals are to improve communication on the field and to work on a new offensive strategy this year. 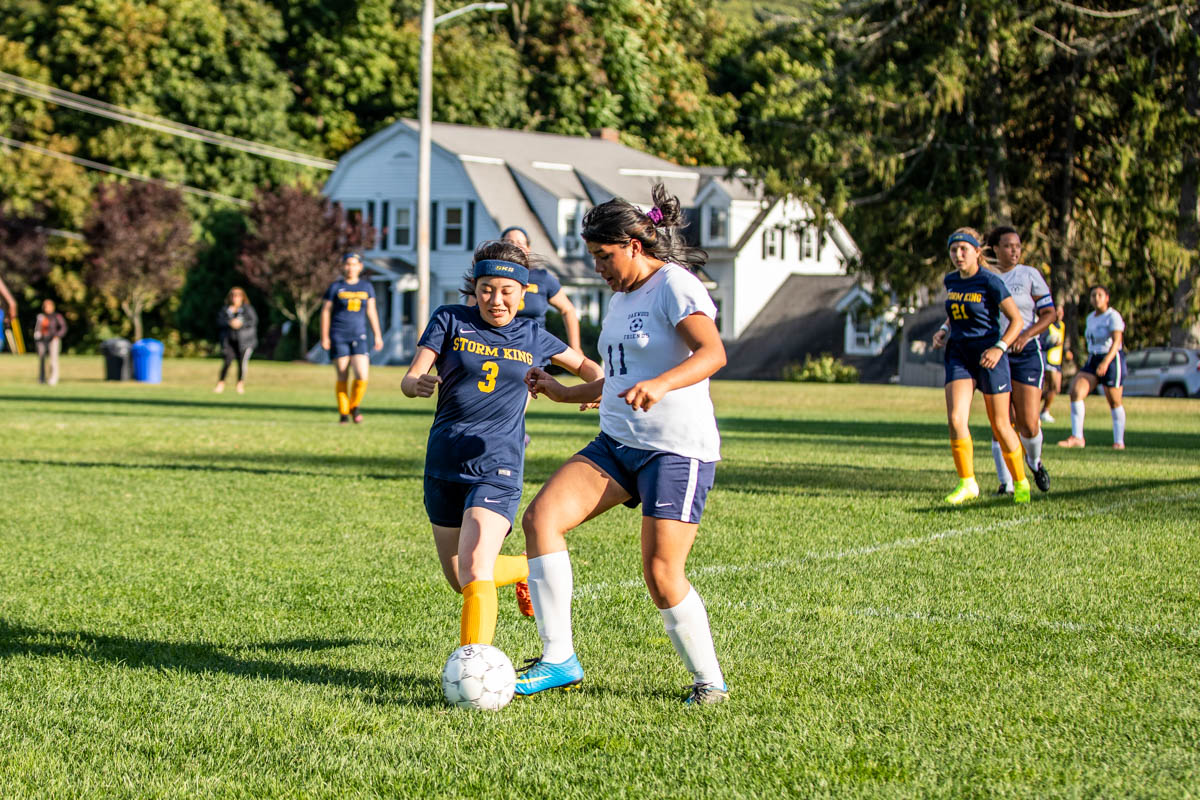 The girls varsity soccer team started their season away on Wednesday, September 11, at Faith Christian Academy.  After a valiant effort and three goals, the girls fell to FCA 3-7. The following week, home advantage was with them when they faced Oakwood on Wednesday, September 18. Excellent teamwork led by seniors Sam McCullough, Naunet Leonhardes-Barboza, and Maho Alacantara Zaldivar turned the tables for the girls, rallying the team to a 9-0 victory. Girls Varsity Soccer stands with a 3-1 record. 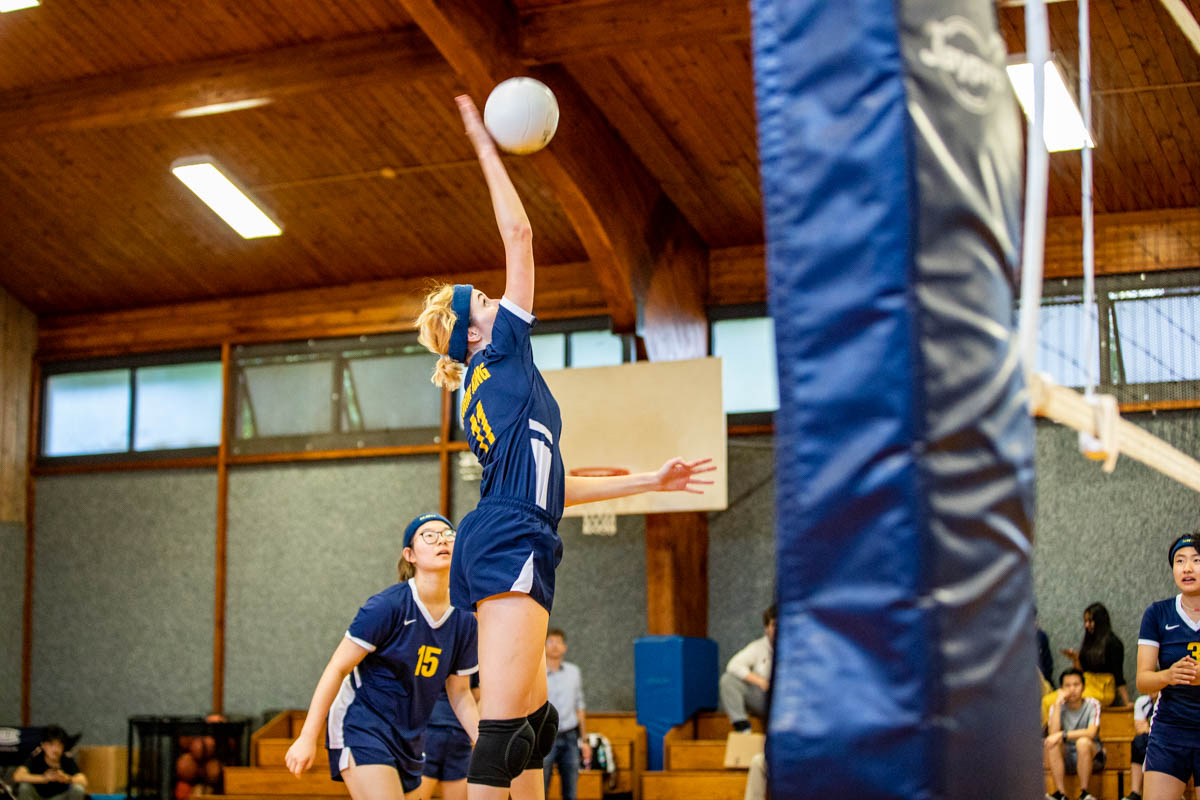 The girls volleyball team began their season strong with some new talent on the roster.  According to Coach McMahon, five new team members have been playing consistently well along with five returning players to give the team significant depth this year.  “Seniors Jojo Gong and Morgan Papera are our varsity captains, while junior Amy Wang is the JV captain.  Newcomers Seina Kusunoki ’20 and Sude Bakal ’21 are our superb setters, and Zoe Buddie ’22 and Jojo attack the ball every chance they can,” explains McMahon, who says practices have been much stronger earlier in the season than in previous years. “This gave us the ability to beat our strongest competitor in HVAL on the first go-around with a win over Faith Christian Academy. We are now focusing on winning out-of-league games on our schedule to put us in good standing in the NEPSAC rankings.” The varsity girls stand undefeated in league play, 5-0, while the JV squad holds a 1-2 season record to date.

The boys and girls cross country teams have also fared well early in their seasons. The girls team, now in its second year on the SKS team roster, enjoys a 2-0 record to date. At their first meet at Faith Christian Academy on September 14, the girls took first place as a team by default with Scout Zischke ’22 leading the way as the team’s top runner. For the boys team, Eddie Ianuzzi-Sucich ’23 came in first place with three other runners finishing in the top 11. Later, due to an unfortunate course error, the remaining SKS harriers were disqualified resulting in no team score. The mishap didn’t faze them going into the Oakwood Invitational on Wednesday, September 18, where both the boys and girls teams earned first place. Storm King’s top runners were Scout, who came in fourth for the girls, and Myles DeBrecourt, who came in third for the boys. Yesterday, both teams finished in first place in the Storm King Invitational.