Beauty in the “Eye of the Cosmic Beholder”

Beauty in the “Eye of the Cosmic Beholder”

The Storm King School Builder’s Club, a popular extracurricular club for young builders and sculptors, meets after school each winter in search of their next inspiration. Their mission: learn to create an outdoor art installation worthy of public display and have fun while doing it. Their sculpture is initially erected on campus and later travels to make its debut at the annual Collaborative Concepts Exhibition the following fall. This year’s exhibition is being held at the Tilly Foster Farm in Brewster, New York from September 3 – October 29, 2022 and features the work of 35 outdoor sculptors including The Storm King School.

According to Visual Arts Dept. Chair John Carruthers, their latest work–‘The Eye of the Cosmic Beholder’–reflected their mission, especially the fun:  “With all of the worldly events of the last few years, we really wanted to do something light, colorful, and without any ponderous meaning. The students had a penchant for surrealism, so we combined some images that may not have had any direct connection to each other, but were simply fun to do, or looked interesting when combined.” 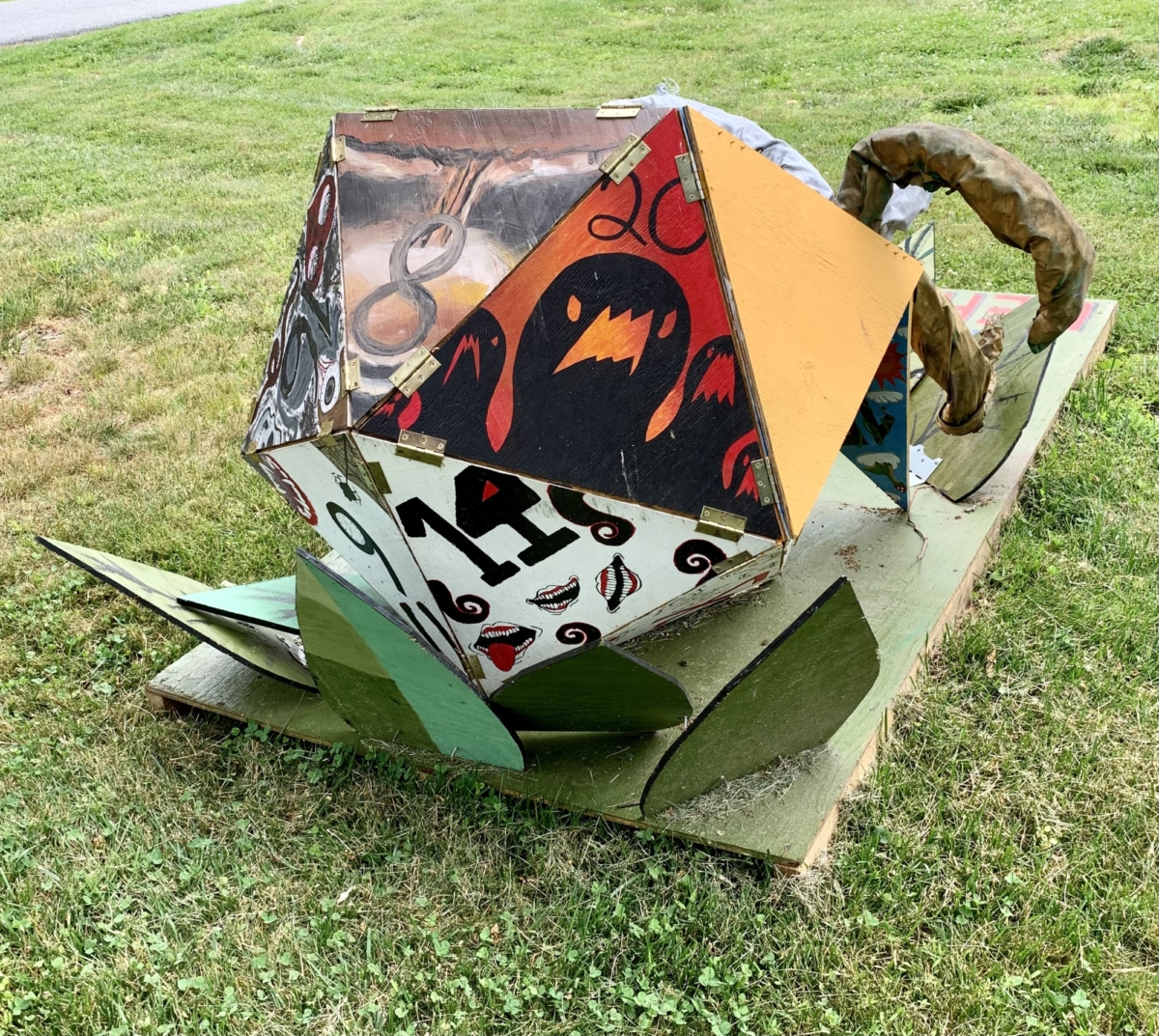 Based on the concept created by Sid White ’25, the group started working on a 20-sided dice which appears in Dungeons and Dragons using wood, chicken wire, and fabric. Each student was tasked with designing two of the sides- one that would portray a good outcome, and the other, a bad outcome. “Along the way, we kept some of the sides open to allow us to add tentacles that are coming out from inside the dice. It took some engineering to assemble the dice, and one student, Jimmy Guan ’23, really stepped up and took over as technical manager,” Mr. Carruthers explained.

Even the process of choosing the name for the sculpture was a surrealist technique. “We made a list of possible titles then combined key words to make one title–‘The Eye of the Cosmic Beholder,’ Along with Sid and Jimmy, Seven Crofts ’25, Taseri Brown ’25 were among the students who worked on the sculpture. Returning Builder’s Club member Alex Gonzalez ’24 kept the group going until completion with their work and enthusiasm. Also, many thanks to Jason Fitzpatrick and Cole Neville ’18 who helped to dismantle and move the sculpture from campus and set it up at Tilly Foster Farm,” continued Mr. Carruthers. 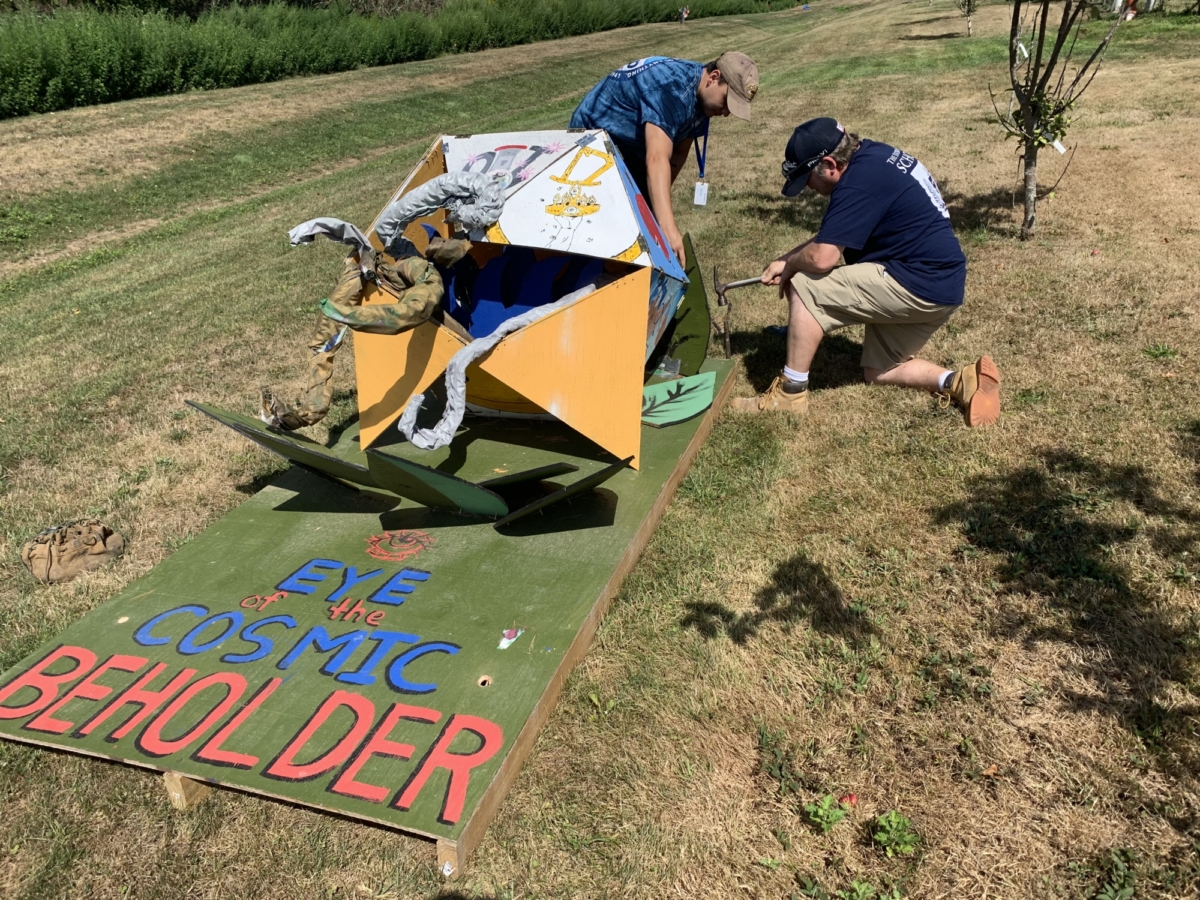