The Storm King School hosted a very special event earlier this month when students enrolled in SKS’ 2018 Summer Film School and their teacher Zhenya Kiperman proudly presented a short film they created from start to finish. Drawing Pains – a heartwarming and relevant story about teens and family relationships – was shown on Saturday, July 14, at 1:00 pm in the Walter Reade Jr. Theatre.  Four students from the Hudson Valley took advantage of the program, including Paulina Mastryukov and Emily Birman of New York City, and SKS freshman Alisdair Neighbors and sophomore Kylie Marshall. Following the screening, the group discussed their experiences and answered questions about the film with their families and peers. 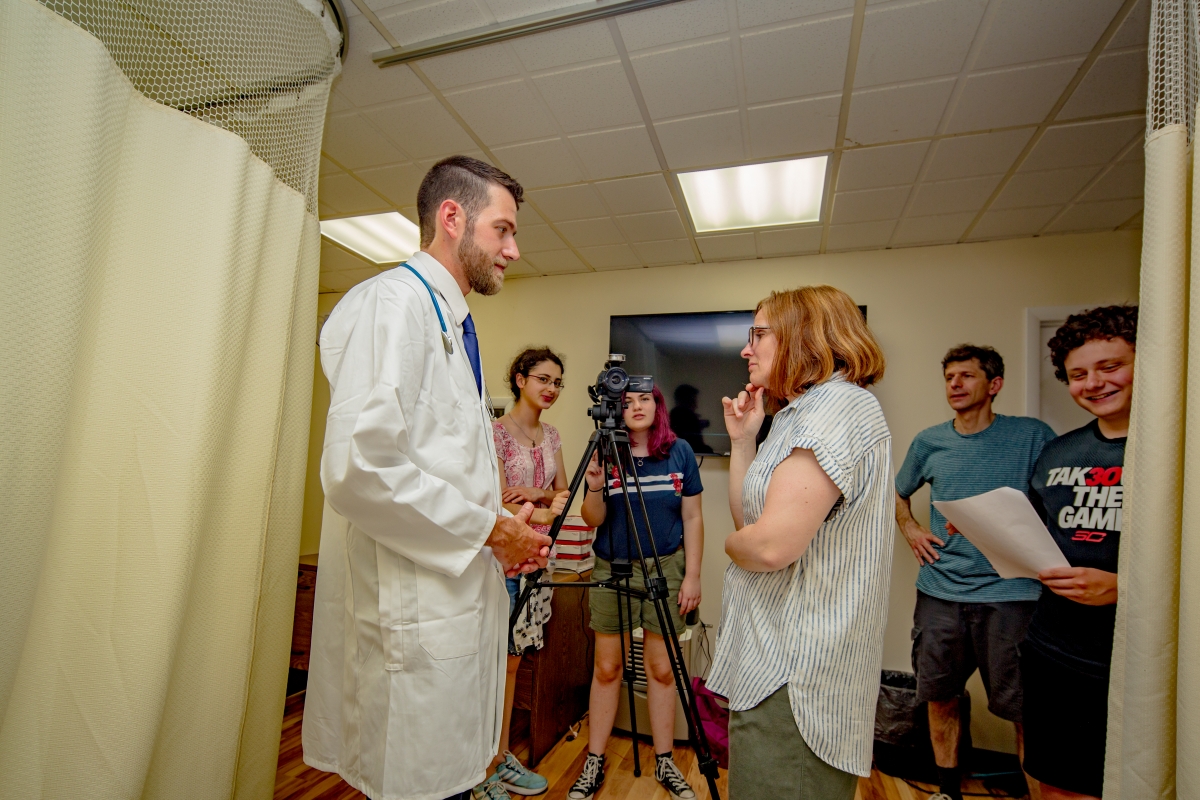 Shooting one of the hospital scenes in Drawing Pains

Drawing Pains features the story of a young artist who wants her overworked mother to accept her passion for art. She eventually gets her wish as a result of a strange and unexpected illness. The film stars Emily as “Amy,” SKS English teacher Carolyn Mendlewski as “the Mother,” and Paulina and Alisdair as “Amy’s friends.” During the discussion which followed the film screening, Paulina told the audience about her inspiration behind the idea for the film: “About a year ago, I got a concussion after skiing. I was disoriented, and I kept thinking about my friends and family members. It made me aware of them in a different light.” The authentic emotion behind the storyline highlighted the film’s message that teens need to be acknowledged as individuals rather than children. 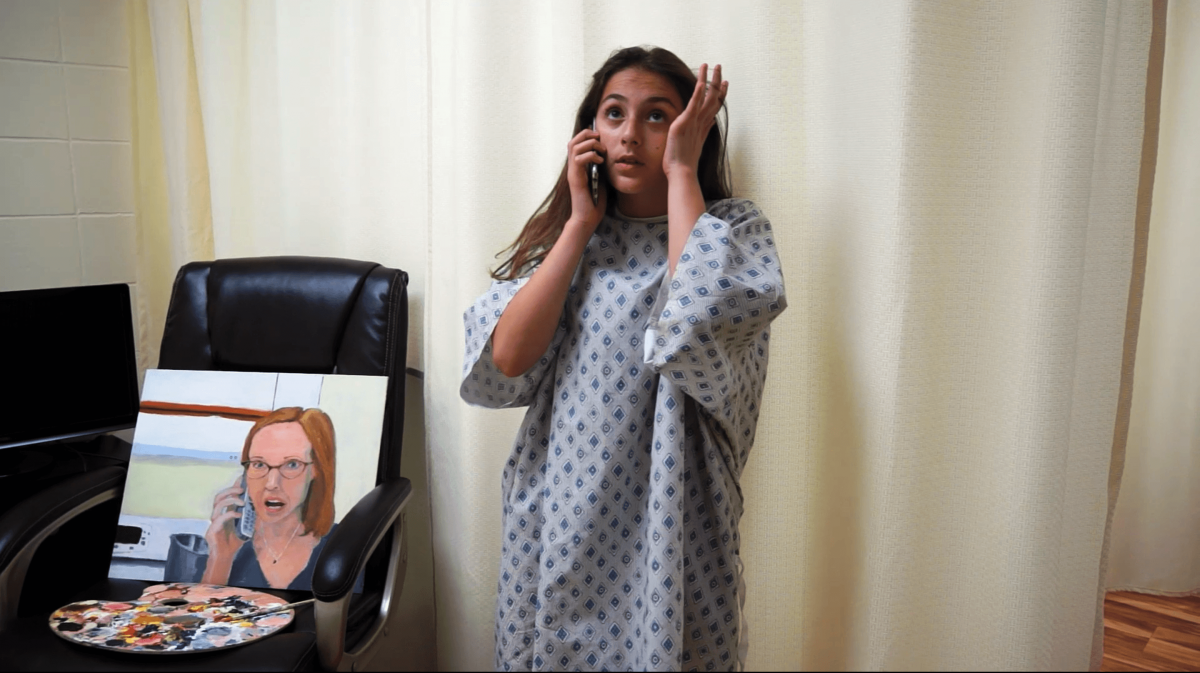 All four students, along with Mr. Kiperman, worked intensively during the three-week program which involved one week of scriptwriting, one week of shooting, and a final week of post-production.  “We had a very ambitious schedule. Three weeks is a very short time, even for professionals, to create and produce a quality film,” explained Mr. Kiperman. He was pleased with his students’ progress and stressed that each one brought something different and unique to the experience. “This is Kylie’s second time at camp and she has emerged as a great editor. She also painted the portraits featured in the film. Paulina also had great ideas and made many contributions to the script, including the main idea. Emily performed as our lead actress and contributed to many of the scenes, and Alisdair made great contributions to the entire production and enjoyed acting.” 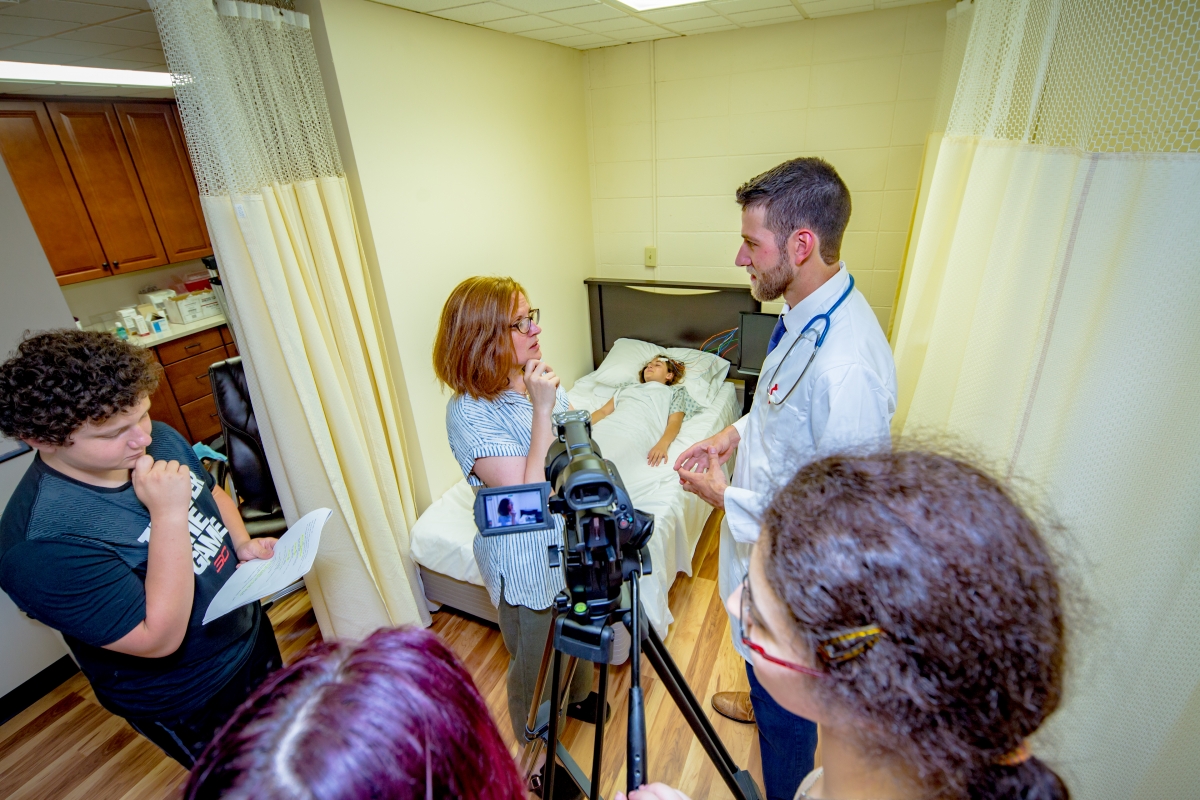 A dramatic hospital scene with Alex, Kylie, and Paulina behind the camera

Mr. Kiperman is proud of Storm King’s Summer Film Program, and of the film the students produced. “It doesn’t feel like a student-made film. My hope is that the students got a real sense of what it entails to make a film professionally. We are all tired and stressed, but they learned a lot, and hopefully, they all enjoyed it. I am already looking forward to next summer,” he explained.