Storm King senior Asia Raacke will travel to Citta Della Pieve, Italy to perform at the world-renowned International Opera Theatre. Asia was chosen as a soprano in the Theatre’s 15th annual opera titled Sacco e Vanzetti : gli uomini e chi li amava (“Sacco and Vanzetti: The Men and Those Who Loved Them”) which will take place on August 24 – 26 at Teatro Comunale “Accademia degli Avvaloranti” in Citta Della Pieve. Prior to the opera’s world premiere, Asia will spend five weeks working with international professionals and other children and teens from all over the world.

According to Karen Lauria Saillant, founder and artistic director of International Opera Theater, the opera is a unique opportunity for school-age sopranos to sing in this beautiful opera house under the guidance of international professionals including Italian Maestro Mauro Fabbri, resident conductor at The Finnish National Opera and State Opera Stara Zagora, Bulgaria. 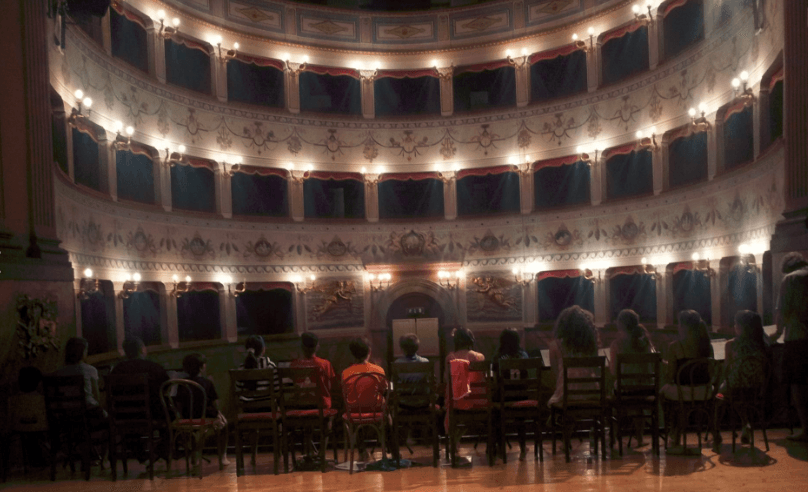 The opera tells the story surrounding two Italian immigrants in 1920s Massachusetts – Nicola Sacco and Bartolomeo Vanzetti – and highlights the humanity of the two characters and the intertwined hopes of immigrant children who yearned for justice and the American dream. Each performer selected will represent an actual child who labored in the looms and mines of 1920s Massachusetts, or was a family member or friend of Nicola Sacco and Bartolomeo Vanzetti, the central subjects of the opera.

Following her audition, Asia was one of 14 children and teens from across the United States who were chosen to participate in this transformational program that is sure to be a once-in-a-lifetime experience