We Want to Hear From You!

Alumni, we want to hear from you and your classmates and friends want to hear from you! You are a valuable part of The Storm King School community and we want to know what you are up to. You are important to us, so please stay in touch. Please submit your class notes below.  If you have any questions please contact Director of Alumni Relations,  Lynn Crevling at lcrevling@sks.org - We look forward to hearing from you! 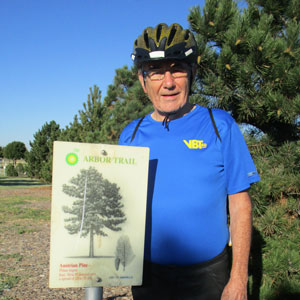 Tom Delaney ’58 and his wife Nancy completed their goal of bicycling in each of the 50 states earlier this year. Their next big adventure took place in Europe, where they spent three days in Paris visiting family, followed by a week of bicycling in Germany.

Ted Gross ’62 wrote that he was unable to attend his 55th Reunion this past June due to other family obligations near that date. He extends his best wishes to classmates and friends.

Internationally renowned Hungarian author and artist Balazs Szabo ’63, has been in touch again recently to contribute to the Storm King Fund. His award-winning coffee table book entitled The Eye of the Muse is now on sale at the SKS School Store in Orr Commons with proceeds going to The Storm King Fund.

Balazs is known for his literary and artistic successes amid a colorful and dramatic past. In 1987, the volume won the US Print Design Excellence Award out of over 40,000 US contestants. It continues to be one of the most sought-after art books in the country. According to Balazs: “Now you can give yourself or someone a special signed copy of this treasure and support SKS.”

John Garrett ’63 visited Storm King recently to talk about his career with the AP Economics class. After graduation, Mr. Garrett went on to earn his bachelor’s degree in economics from the College of William and Mary. Following college, he spent seven years in the US Navy where, after completing officer candidate, supply corps, and submarine schools, he served on two Polaris submarines. After he resigned his naval commission as a lieutenant in 1974, Mr. Garrett joined Ferguson Enterprises, a $25 million plumbing distributor, as a sales trainee. During the next three decades, he progressed to the position of regional vice president and senior vice president, and he later joined Ferguson’s Board of Directors in 1991. When he retired in 2006, Ferguson’s sales had grown to the $10 billion mark. In retirement, Mr. Garrett has been active as a director of distribution companies owned by AEA Investors, Berkshire Partners, and Tailwind Capital (all private equity firms), plus Aurify Brands and Cupron. Additionally, he served as chairman of the board of Mary Immaculate Hospital, a nonprofit entity in Newport News, Virginia, where he currently resides.

Larry Spiegel ’69 traveled to SKS on May 31, 2017, exactly 48 years after graduation. He wrote: “The older we get, the more sentimental we all become as those days of youth buried in the recesses of our minds come back to the forefront. I had been thinking of visiting SKS for quite a while when, on a lazy late May afternoon, the caller ID said The Storm King School. I eagerly answered to find Dick Broughton on the other end. Dick was my baseball coach and we had a wonderful relationship when I attended the School. I expressed my desire for a visit and Dick suggested May 31st. He also mentioned that he would call my classmate Jim “Booga” Lulves ’69, who was the big slugger on our team and a great guy, to see if he could join us.

I drove up to see Dick, Jim and Lynn Crevling ’72 waiting for my arrival. The next few hours were, in a single word, GREAT. We briefly toured the School and had a leisurely lunch in the dining room. I literally could have spent days just talking to my old friends about the past and the life we have had since that other day in May of 1969 when we all last saw each other.

As for me, I am retired, married to my wonderful wife for 33 years, with one daughter and three grandchildren who fulfill my life more than I could ever have imagined. I definitely plan on returning for my 50th reunion and hope that my old classmates also decide to return.” 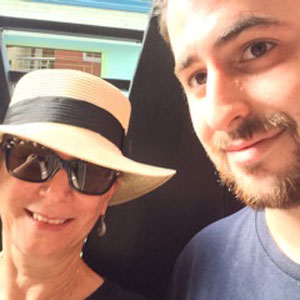 Diane Kletz Travers ’72 spent two weeks in Vietnam visiting her son Dustin in November 2016. A graduate of Columbia ’15, he works and lives in Ho Chi Minh City. “We celebrated his marriage to Ha Tran in her ancestral village of Tay Nin, a countryside region better known as the Western Highlands. I am also moving to Vietnam to be closer to my new family. I look forward to continuing the writing and teaching life, eating delicious Vietnamese food, and making new friends in the expat community. PS - I take the Mountain with me in my heart." 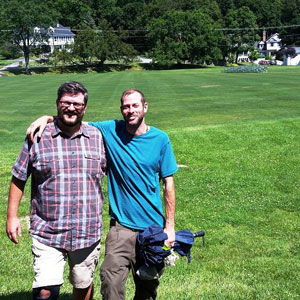 Daniel Shelton ’94 had a lot to say after he returned to the Mountain in June 2017: “Wow! How great it was to step back on campus! I had a great day of reliving past memories and sharing them with my wonderful wife. The day started out in Grand Central Station, tickets purchased for the ride on Metro North back to Storm King. The train rolled past the Garrison Station as we stared at the ominous beauty of our neighbor West Point. The parking lot triggered memories of Carl Pacione who would meet us to give us the final ride back to school. Carl’s smile was always as big as his heart was caring.

Finally arriving in Beacon, I was greeted with the tremendous hug of James O’Neill ‘94. Twenty-three years ago we graduated and couldn’t wait to get out in the world, not looking back. The embrace captured all the energy of the joy of being back, of seeing old friends, and sharing the special bond forged on the side of Storm King Mountain.

When we arrived at Storm King, we were met by SKS’ Director of Alumni Relations, Lynn Crevling ’72, who joined us as we navigated the campus. The memories flourished with each step. I only got to stay for a brief stint that day, but in that short time on campus I relived a lifetime. The day couldn’t have been any better!”